Where in the car the safest

Unfortunately, the car was and remains one of the most often gets into an accident modes of transport. According to statistics, sitting on certain seats in the car the other passengers less likely to get injured in an accident, and even remain intact. What is this place? 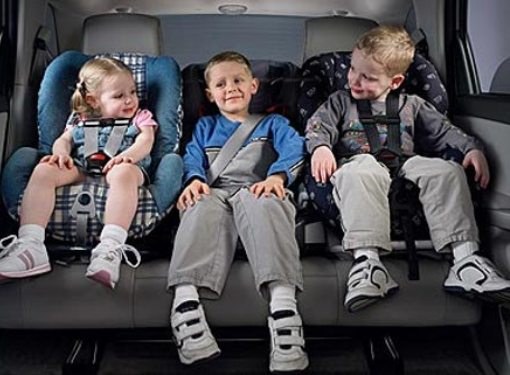 Related articles:
Unlikely in the modern world to meet a man who had never traveled by car. Today, cars are much more common than 15-20 years ago, and on one side it is very convenient, because the driver always has the ability to quickly and comfortably get to where he wants. On the other hand, a huge number of cars on the roads inevitably provokes all kinds of traffic accidents. Where you want to sit in the car, to the risk of the accident was as low as possible?

What is the place in a car the safest?

There is a popular view that the safe in the car seat for a passenger is in the back seat behind the driver's seat. Actually it is not so, because if the car passes the intersection, and this time, she hits another car, it is sitting behind the driver, the passenger can be quite hurt.

According to others, the safest place in the car – it's in the back seat diagonally from the driver. This stereotype is so common that the vast majority of VIPs sits right in this place, and this placement is the result of not their personal desires, but only following Protocol. However, it is impossible to completely eliminate a situation in which an accident when one car hit another in the side on the right side, and then more the rest of the risk is sitting on the back seat diagonally from the driver passenger.

Where is the safe in the cabin of the car seat is? In fact, most protected is a passenger who took a seat in the center rear seat. If he's strapped, he's not risking himself to fly through the windshield in a frontal collision, and is not at risk to suffer a hard blow to the side of the car, as the left and right passengers.

How dangerous it is to sit beside the driver in the passenger seat?

Some time ago a passenger in the front seat was considered the least protected in the entire vehicle, because in case of threat of the accident, the driver instinctively tries to avoid a collision. Willy-nilly, in most cases, he thus "sets up" sitting next to him a passenger. Manufacturers of modern cars pay attention to this fact, and the majority of new cars of foreign production equipped with additional airbags for front sitting passengers.
Is the advice useful?
Подписывайтесь на наш канал