Is it possible to get rid of pregnancy

Distrust of doctors, lack of time, social insecurity often pushes a woman to "freedom" from unwanted pregnancy, carried out at home. Often young girls from their more experienced friends or on Internet forums asking for advice on how to do abortion yourself, what to use the methods, techniques, recipes of traditional medicine. So, here are a few myths that relate to the abortion at home. 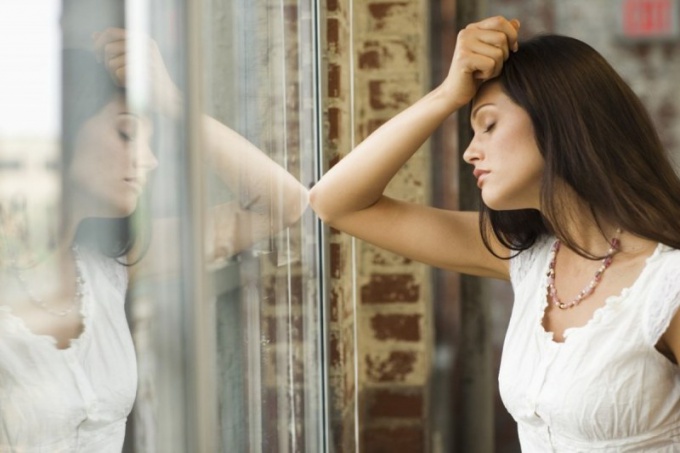 Related articles:
Instruction
1
Some women argue that there are various recipes of traditional medicine that can cause miscarriage. However, among Orthodox Christians getting rid of the fetus was considered a grievous sin. Therefore, the existence of so-called folk methods is very doubtful. That which is given for them, is often a side effect of one plant or another, and the evidence of belonging to methods of getting rid of pregnancy at home has.
2
You need to understand that the toxic effects of various herbs have not only on the fruit itself, but also on the body of a pregnant woman. After taking a decoction of plants inside, first the active substances or toxins enter the bloodstream of the mother and then child. In fact, the infusions and decoctions of some plants can cause the death of the fetus. But the embryo still remains in the uterus. Thus he degrades and infects its cavity, involving the pathological processes and the uterine wall.
3
It is worth also to mention the decoctions of herbs that affect the system of homeostasis, diluting or thickening the blood. For example, the use of Mesopotamia Highlander is not only able to cause thrombosis in the fetus, but the cause of thrombosis in pregnant women. There's also the possibility that a similar problem will relate only to women, thus the fetus will not suffer.
4
Exercise, lifting weights, sauna, long stay in hot water, and many other similar methods also do not usually affect fetus. Some women to enhance the effect, add in hot water mustard. The heat causes vasodilation, which improves blood flow to the walls of the uterus and separation of the fruit. On the other hand, if you have a placental abruption, such events can lead to profuse bleeding, which will be difficult to stop. Dragging of heavy furniture and heavy lifting have a mocking character, because the body will still try to preserve the fetus as the gestation and birth of a child – the ability, given to the woman by nature.
5
Some pregnant girls are trying to get rid of the fetus with acetylsalicylic acid, using toxic doses of the drug. In such cases, the doctors is a task not only to see the body of the mother from aspirin, which in large amounts can cause death due to poisoning, but also to restore blood clotting. Aspirin in combination with surgical methods of abortion at home often ends in severe hemorrhagic shock and death of the pregnant woman.
6
As for the drugs used for abortion, the importance of the ability to assign and apply correctly. However, many women take these hormones on their own. As a result the consequences from self-treatment, they have to be treated by gynecologists.
7
Surgical termination of pregnancy - another dubious and dangerous method of abortion at home. In fact, to call it "surgical" is wrong, because to perform this procedure competently, and even with a sterile instrument at home is unreal. This method is mainly women with large pregnancy, which doctors refuse to do an abortion. Most of these patients arrive in the gynecological Department in a serious condition with bleeding and rupture of the wall of the uterus and purulent-inflammatory complications. In some cases the only way to save the woman - the removal of the uterus, leading to infertility forever.
8
Therefore, if you do not plan to have a child, give preference only protected sex acts, this will significantly reduce the risk of unwanted pregnancy. If unprotected sex happened, you can use the drugs postcoital contraception. Changing hormonal background, they will prevent conception and the implantation of the fetus to the uterine wall. In that case, if the pregnancy still occurred, it interrupts you need to apply to gynecologists. Remember, trying to do the abortion at home, you risk your life and health, as well as the possibility of having a baby in the future.
Is the advice useful?
See also
Присоединяйтесь к нам
New advices