What drugs can cause miscarriage in pregnancy

During pregnancy need special care to consider taking any medications. But to completely abandon the use of medication is not always possible. However, some drugs may not only adversely affect the pregnancy or health of the unborn child, but also lead to spontaneous abortion. Here is the list of drugs is strictly forbidden during pregnancy. 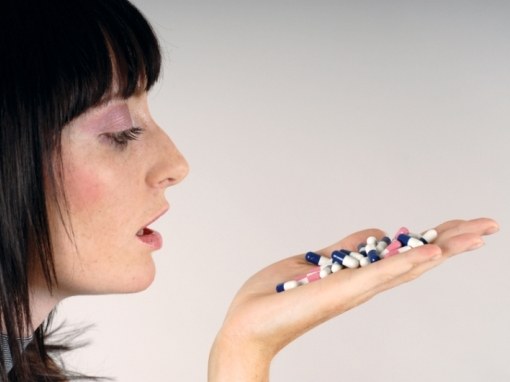 Related articles:
Instruction
1
Hormonal drugs. Drug-based hormonal components are strictly contraindicated during pregnancy. Receiving these drugs provokes in the female body hormonal disorders, which greatly increases the risk of miscarriage. Of course, in some cases, hormone therapy during pregnancy may be necessary. For example, your doctor may prescribe a pregnant woman hormones to eliminate the deficit of the hormone progesterone. But taking hormonal agents during pregnancy without medical prescription in any case impossible.
2
Potent antibiotics. They can become promoters of miscarriage when used in the first trimester of pregnancy. Prohibited during pregnancy antibiotics include sulfonamides, aminoglycosides, tetracycline antibiotics and fluoroquinolones. The use of these drugs in early pregnancy can lead to serious congenital malformations of the fetus, and become one of the causes of miscarriage.
3
Means for inhalation anesthesia, such as halothane or ether, are also included in the list of prohibited during pregnancy of drugs that can cause miscarriage. According to statistics, the probability of miscarriage when using these anesthetic drugs in the first trimester is 11%.
4
Aspirin, Indomethacin and other nonsteroidal anti-inflammatory drugs. These drugs are contraindicated in the first and third trimesters of pregnancy because they can cause intracranial hemorrhage and lead to death of the fetus. Use of Aspirin or Indomethacin at other stages of pregnancy is allowed only if there is strong evidence.
5
Some herbs also can cause miscarriage in pregnancy. In the first trimester of pregnancy should avoid use of herbal, which contains oregano, wormwood, Basil, juniper, raspberry leaf, verbena, common thyme, shepherd's purse. These herbs can cause uterine contractions. In addition, some herbs can provoke serious hormonal disorders in the female organism, which significantly increases the risk of spontaneous abortion. Such plants include alfalfa, clover, licorice, anise, hops ordinary sage (when used in high doses).
Useful advice
If you were taking any contraindicated drug before found out about pregnancy, be sure to notify your obstetrician-gynecologist.
Is the advice useful?
See also
Подписывайтесь на наш канал