When we celebrate the feast of Ivan Kupala

One of the ancient Russian feasts, rooted in ancient times, is the day of Ivan Kupala (Midsummer). It is a beautiful ritual celebration has its own history and traditions. 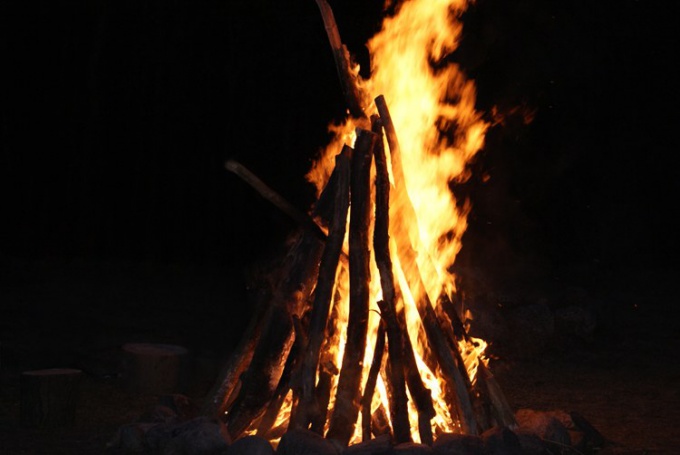 Related articles:
Instruction
1
The celebration of Ivan Kupala traditionally falls on July 7 (June 24, old style), or rather in the night of 6 to 7 July. This holiday is associated with summer solstice and it is based on the worship of the fundamental forces of nature: water and sun. With the advent of Christianity, the Church, struggling with pagan rituals that coincided with the feast day of John the Baptist.
2
Ivan Kupala traditionally harvested herbs, bonfires, wreaths, and bathe in the waters. According to ancient legends, this night from the water goes all evil, so you need to take bath to purify the soul.
3
Young girls arrange a divination on the river. They weave wreaths of various herbs (Ivan-da-Marya, Bogorodskaya grass) and flowers, and fix a candle on the wreath and let it on the river. If the wreath drift away far away, life will be long and happy, and if you sink, you should not expect this year family happiness.
4
Signs of people say that on Midsummer day the sun acts with especial force. In Russia for breeding Kupala bonfire was needed "live fire". The venerable old men with the friction of dry sticks was producing the flames, and from zataplivalo fire was lit all other fires.
5
The fire tried to make as large as possible. Around the fire danced, and sang songs. One of the main traditions was jumping over the fire. It was believed that the fire has a great cleansing power, especially in the holiday of Ivan Kupala. Young girls and boys, as well as couples, holding hands, jumped over the fire. Believed that the fire strengthens the feelings and promises marital happiness and longevity. Guys were jumping over huge bonfires to show their prowess and bravery.
6
It was thought that the fire on Ivan Kupala relieved from diseases, damage and infertility. Mother burned at the Midsummer fire taken from sick kids shirts, together with underwear burned the diseases themselves.
7
According to legend, the night of Ivan Kupala was considered a time of rampant evil forces. In Ancient Russia believed that on this night witches organised covens, the trees moved from place to place, and animals and birds were talking in a special language.
8
Another of the mystical beliefs of this holiday is connected with the fern. According to legend, on the night of Ivan Kupala blossomed the beautiful flower of the fern, which could point to the place where the buried treasure. Spells surrounded the flower, to find it was considered a thing almost impossible. However, every year was a particularly passionate people, who went by night to the forest in search for the magic fern.
Note
The celebration of Ivan Kupala is inherent not only to the Slavic peoples. The summer solstice is celebrated in many countries. In Albania is the "Day of fire", in Lithuania, a similar holiday is called Lado, in Poland, Sobotka noted.
Is the advice useful?
See also
Присоединяйтесь к нам
New advices