How to find the treasure in Minecraft

Treasure in the Minecraft game is a natural structure in which the unit is creating the monsters and a chest with valuable items. When generating the world it creates quite a lot of treasures, so finding them is simple. 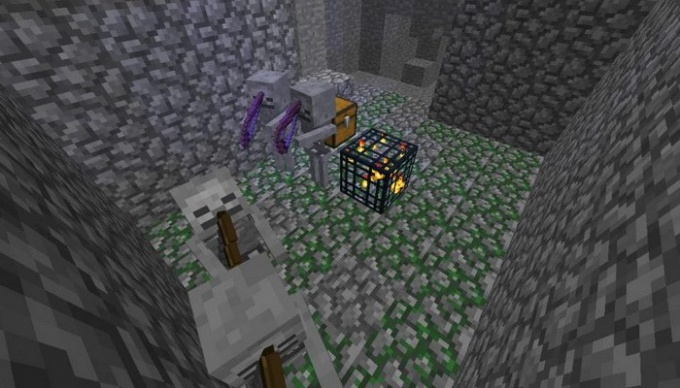 What is in the Treasury

Treasure in Minecraft most likely to occur close to cavities under ground, that is below level 64. In some cases they can occur above that level, for example, in the mountains. In the cavity side of the cave, next to which the Treasury generate, automatically making the entrance. Most often in the generation of treasuries is not considered terrain, so they are frequently found in the wrong form under lava or water without a floor, half buried in the sand or gravel hidden under a layer of ice. All of this can deprive the Treasury of precious treasure chest or Spawner (unit that creates monsters). Quite often the Treasury arise as part of other natural structures of canyons, castles and abandoned mines.

If you found the treasure, it is not necessary to destroy spauner. It can be used in the future to gain experience. Enough to put on the block creating monsters torch to stop "releasing them into the wild".

Spauner monsters acts as a kind of guardian that guards the treasure. He endlessly creates monsters until the player turn it off or destroy. Spauner always located clearly in the center of the treasure and the chests of resources along the walls. The most common are Treasury with spawnenemy zombie, blocks the creation of spiders, or skeletons found in two times less.

If you are near a desert, look at her. Typical rectangular recess in the sand the size of five-or seven blocks often says at the bottom of the Treasury. Due to the bulk properties of the sand after generating a specific area of the world simply collapsed down, closing the Treasury.

A sign of proximity to the Treasury, can serve as the sounds of more of the same monsters coming from one side. In this case, you can just dig in that direction until you find the treasure.

Common graphics error that occurs when switching the distance range view allows you to see through walls, lava, water and fire, including burning inside a block of Spawner. So fast to find the treasure can be, simply by switching the range of the review in the graphics settings.

If you have found a canyon, a cave or abandoned mine, go around its perimeter. With high probability you will find the treasure. If some of you ever gets a huge number of aggressive monster, most likely they arise in the treasure room nearby. The easiest way to find spauner spiders, since there are always huge amount of the web.

First you need to illuminate the room itself is the treasure, having several holes in her walls to put in them torches. Increase the lighting level will reduce the speed of creating monsters that will facilitate your task.

If you can't find the treasure, try to watch various training videos for Minecraft. Maybe it will help you in your search. There you can find tips on how to make the farm experience based on Spawner. These farms allow you to safely get the experience and the resources dropped by monsters.
Is the advice useful?
Подписывайтесь на наш канал