What snakes are found in Russia

Snakes are cold-blooded reptiles. They are distributed in almost every continent of the world. The only exception is Antarctica. In total, on the planet there are more than 3000 species of snakes. In Russia, their lives are not so much – only about 90 species, but among them are poisonous, and completely harmless to humans. 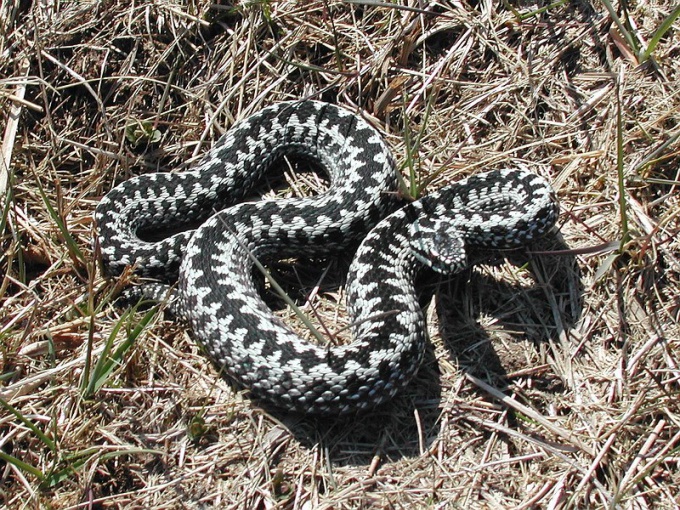 Related articles:
Instruction
1
Adder. This snake can be found in forest-steppe and forest zones of Russia: it lives in swamps, mixed forests, clearings, near rivers and lakes. The adder is most common in Siberia, the European part of Russia and in the far East (including Sakhalin island). This is a relatively small venomous snake. Usually the length of her torso no more than 75 cm, but in the North there may be instances up to 1 m. When meeting a person for the adder, as a rule, attempts to escape. If something threatens, she gets all defensive: hisses, threateningly evident. So no need to make any sudden movements when meeting with the Viper. 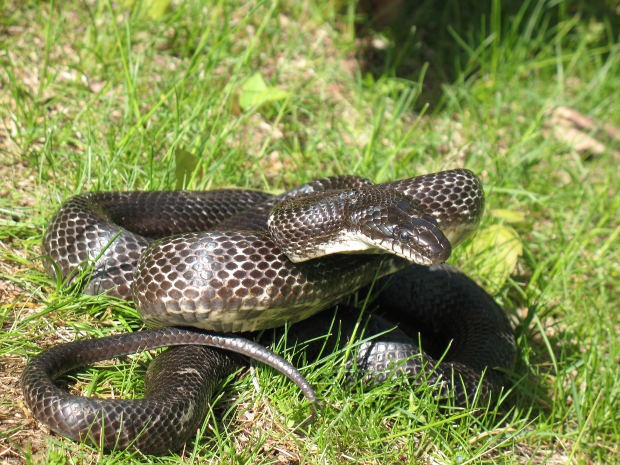 2
So ordinary. Harmless snakes often suffer from the person due to their resemblance to vipers. People who take snakes for snakes, deliberately destroy them. Snakes are widely distributed throughout the European part of Russia. With the exception of the polar regions. Ordinary snake can meet and in the far East, in Siberia and around lake Baikal. The length of this snake is 85-90 see the Usual habitat of snakes are the shores of flowing waters. Curiously, outside the Russian Federation (Ukraine and Belarus) villagers tame snakes in General. The fact that these harmless snakes are easy to contact with a person, being a great Mouser. 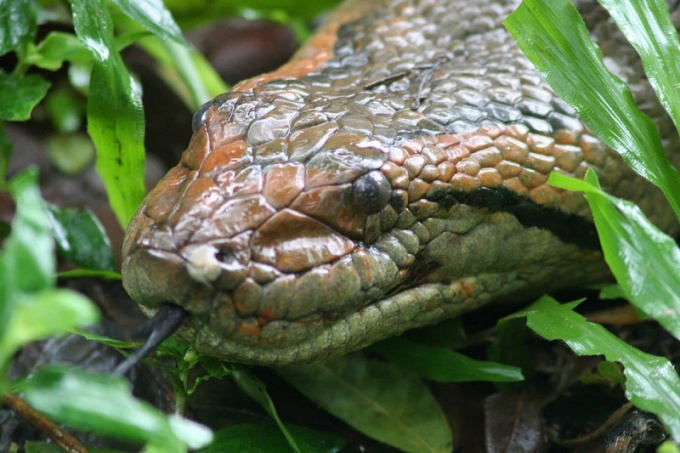 3
Copperhead ordinary. This non-venomous snake is widespread throughout Russia. Unfortunately, in recent years the number of these snakes is reduced, which is associated with the destruction of natural habitats. The Copperhead, like snakes, are often consumed, mixing with poisonous snakes. At length they reach no more than 70 cm. the Usual habitat of coronella – forests of Central Russia: these snakes live on the edges of coniferous, deciduous or mixed forests. Generally favorite places Copperhead – cutting, well-heated by the sun, the grass undergrowth. Rare to find these snakes in meadows and other open areas. 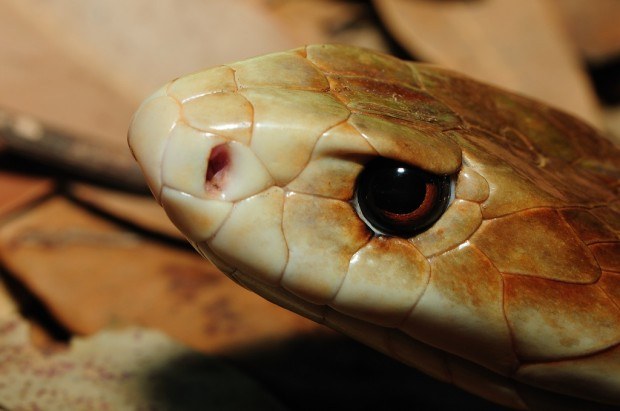 4
Gyurza. This snake is a relative of the Viper. They even belong to the same family, kadukova. Viper – a rather large and muscular snake, reaching a length of almost 1.5 m! She lives in southern Siberia. Its venom is highly valued and widely used in medicine. Gyurza – snake is very bold, but does not attack first, while it is not disturbed. If the meeting happened suddenly (for example, a snake came), it instantly attacked without warning! 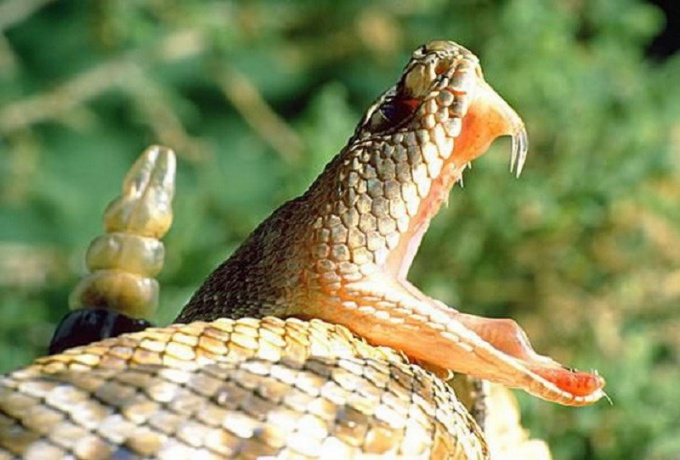