What poisonous animals live in Russia

Most poisonous animals of Russia are the widow spiders, snakes, vipers, and Scorpions, and frogs Bombina. They all live in the southern regions of the Russian Federation. 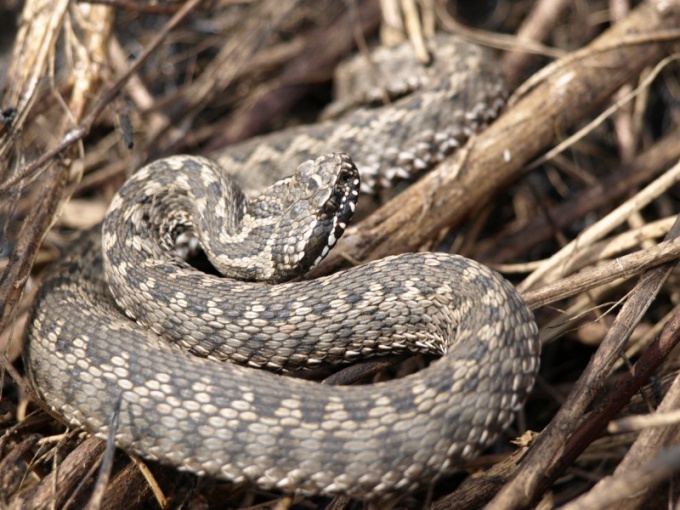 The black widow is the most poisonous spider Russian

If we talk about poisonous animals of Russia, top the list of arachnids, namely, the poisonous spider called the black widow. He is the only Russian spider, the bite of which is deadly to humans. This creature lives in the southern regions of the country, in the North Caucasus, Orenburg and Astrakhan. Not so long ago was recorded the occurrence of karakurt and in the suburbs.

The female black widow reaches a length (excluding the length of the walking legs) 2 cm is female – the main threat to humans, as small and weak males, for the most part, just can't bite through a thick layer of human skin. Widow are black in color body, a large abdomen, which can be bright spots of orange or red colors. However, there are karakurt without special markings.

The main feature that distinguishes from the rest of the karakurt spider, is a pale spot on the underside of the abdomen. In its form it resembles an hourglass. Sometimes this spot is not painted in the pale and bright color (like spots on the back).

South Russian tarantula also is one of the poisonous animals living in the South of Russia. Its bites are dangerous, but not deadly to humans.

The most venomous snake of Russia – the Viper

Only in Russia there are about 90 species of snakes. Poisonous among them – about 16 species. The most dangerous and widespread venomous snake in Central Russia is, of course, the Viper. She lives in the forests and steppes. Viper – no snake is too long (up to 75 cm in length). Its color varies from gray to red-brown color. For the vipers characteristic dark line located along their range, as well as insobriety pattern on the head. All vipers are poisonous.

At a meeting with the adder should not make sudden movements, so as not to provoke the snake to protect. It is worth noting that the bites of vipers cause rather strong pain. On the site of the bite there is swelling. The most dangerous are bites to the face and neck.

On the territory of the Russian Federation it is possible to meet and other venomous creatures, like Scorpions and frogs. Poisonous Scorpions dwell in the Lower Volga region and in Dagestan. In person they attack only in the case of self-defense. The venom of the Scorpion is on his tail. Especially dangerous females are the poisonous Scorpions. Their venom can cause human death.

The venom of bees and wasps obtained in multiple size (when a person stinging swarm of insects), can be dangerous. Some people happens severe Allergy to bee and wasp venom.

Other poisonous animals that live in Russia are the frog Bombina. They can be found in the Krasnodar region. These frogs differ from ordinary orange speckled belly. Your poison they secrete through the skin.
Is the advice useful?
Подписывайтесь на наш канал