What is the weather like in Antalya in the fall

Antalya is one of the most visited by Russians resorts in the summer. However, the fall beach lovers can spend on the coast this city has a great vacation if you choose the correct time to travel. 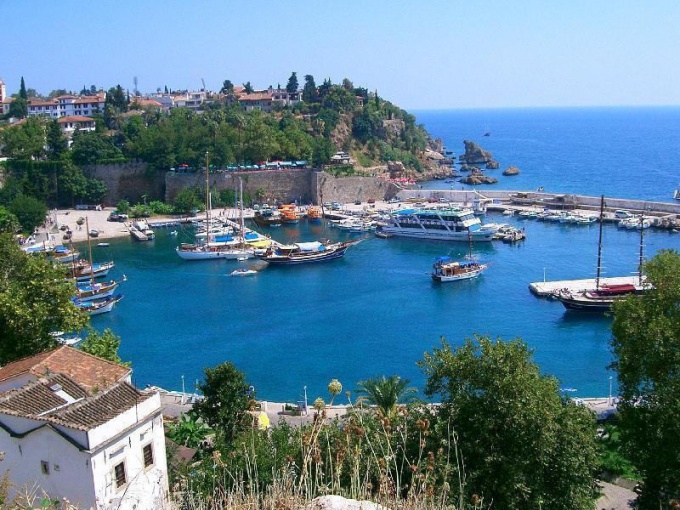 Related articles:
Instruction
1
In the autumn months, the weather in the Antalya coast varies. If at the beginning of September the resort is almost summer heat, by the end of November are becoming cooler, nature is preparing for a Mediterranean winter. Not to be mistaken with the choice of month for a vacation on the coast of Antalya in advance to know what is the weather usually prevails in this period, one of the most popular resorts in Turkey.
2
September – the "velvet" season in the resorts of Antalya. At the beginning of the month the temperature is about 34 degrees, and by the end is reduced to 28. At night, the thermometer usually does not fall below 17-18 degrees. The days continue to be Sunny, rain in September is rare. The average water temperature on the coast is about 28 degrees. In September of Antalya visited by tourists who prefer more mild weather compared to the summer. At the resort you can find many families with young children. But young people at this time usually are not resting, as the school year begins.
3
October also remains of the solar month, however, precipitation falls more often. In the month happen 3-4 rainy day. The average monthly temperature decreases to 24 ° C by day and 14 by night. The sea is still quite warm. Even by the end of October the water temperature off the coast of Antalya seldom falls below 23 degrees. In the beginning of the month in the resort you can still find a sufficient number of tourists who do not like the scorching summer sun, and try to organize your holiday so that the sea was still warm and the air is not too hot. Tourists are becoming fewer, and by mid-month life at the resort is starting to fade: many of the hotels, shops and bars are closed until the beginning of next season. At the end of October on the coast of the rest are mostly European elderly.
4
In November, the swimming season is closed, because the water temperature becomes uncomfortable. In an average month she is 21-22 degrees. The sea is often the waves are coming. In November it is almost never as relaxing as in the summer months. The air is cool, often blowing in the wind. In early November, still there are warm days, pleasant 25 degree heat by the end of the month it might get cold and up to 15-17 degrees. The night the thermometer show average of 10-12 degrees. The weather remains Sunny enough, but the number of rainy and cloudy days increases to 7. In November Antalya are rarely visited by tourists.
Is the advice useful?
Подписывайтесь на наш канал