What is the weather in Anapa in September

In Soviet times, Sochi was listed as the official resort city, here on the shores of the black sea were many pioneer camps, rest houses and sanatoriums, which rested both children and adults. Today Anapa resort does not lose its value, it is ready to accept tourists from may to October, however, adjustments in your plans to relax can make the unpredictable weather. 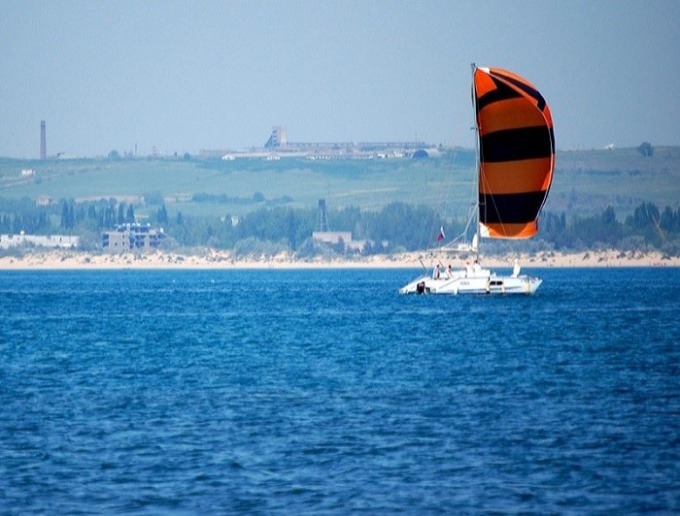 A characteristic feature of the black sea coast near Anapa is shallow and extensive sandy beaches, so this place is ideal for those who want to take the children to the sea. "Children's" specificity is taken into account and those who work in the Spa industry in the summer months Anapa - a real children's Paradise.

The city is very well connected – there is a train station and airport. Numerous Shuttle and regular taxi will take you to the right address, where you will spend your vacation. For those who want to rest in Anapa without children who want peace and tranquility, you should come here in September, when it starts the "velvet" season.

Weather in Anapa during the "velvet" season

In the first days of September in Anapa continued for the summer and you can feel the coming of autumn only by a drastic reduction in families with school-age children who have over the summer holidays. At this time the air temperature is quite August and can reach up to 30-35oC. But in the second decade of September in Anapa starts the "velvet" season, which is so called because of the extreme daytime temperatures have remained in the past, and the sun doesn't burn, and caresses the skin.

September in Anapa is the time of ripening of the grapes and especially the delicious vegetables that can be purchased in local markets.

As the sea heats up slowly and cools down slowly, the water temperature is summer throughout September. Typically, in the course of this month, if it rains, this happens infrequently. However, in 2013, nature broke all my habits and all of September on the black sea coast was cold and cloudy with a long and chilly autumn rains. But it's very rare and even the old timers admit that for the first time the weather has let down those who expect to earn on tourists in the "velvet" season.

In September, near Anapa, on the Annunciation spit, usually are nation-wide competitions and a great spectator sport – kiting. In mid-September, the town hosts open festival "Kinoshok".

So, if you are going to come to Anapa in September, more likely, you'll be able to bask in the warm sun and plenty to napravilsya in the warm sea. In the beginning of the month the average temperature in Anapa is about 25C in late September, it has already reduced a few degrees, the water cools from +24 to +19 ° Celsius.
Is the advice useful?
See also
Подписывайтесь на наш канал