In some countries, the Christian religion is the state

Christianity is among the world's religions. This means that it is not confined to any one people (as, for example, the Japanese religion of Shinto) and is common among many Nations living far from the place of its origin. 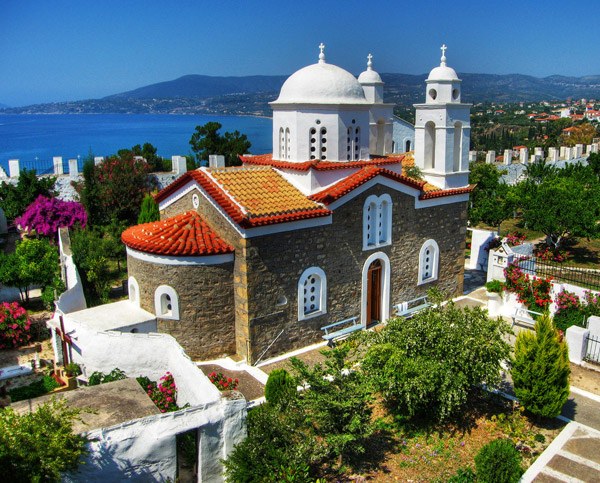 Related articles:
In most countries of the modern world no state religion at all: all religions (except prohibited destructive cults) are equal before the law, the state does not interfere in their Affairs. Such States are called secular, or secular. Belongs to them and the Russian Federation. From this point of view, to call Russia "an Orthodox country", and Italy "Catholic" only with the perspective of the historically established religious traditions.

But there are countries where the official status of a religion enshrined in law.

Often the first state, in which Christianity acquired the status of a state religion, called Byzantium, but this is incorrect. The edict of Milan of Emperor Constantine the Great that paved the way for the establishment of Byzantium as a Christian state, refers to the year 313. But 12 years before this event – in the year 301, when Christianity was officially recognized in great Armenia.

This event contributed to the position of king Trdat III. According to legend, this king was initially determined against the Christian faith. Your approximate of St. Gregory the Illuminator, he was imprisoned for refusing to sacrifice to the goddess Anahit. Subsequently the king fell seriously ill. In the dream his sister an angel appeared and said to heal Trdat can only Grigory, and the king should become a Christian. So it happened, and Trdat III after this incident started across the country struggle with paganism.

In modern Armenia retained a special legal status of the Armenian Apostolic Church as the national religion.

The Christian state of the modern world

Christianity exists in the form of Orthodoxy, Catholicism and Protestantism.

Catholicism is a state religion in Argentina, the Dominican Republic, Costa Rica, El Salvador, and several dwarf States of Europe: Monaco, San Marino, Liechtenstein and, of course, the Vatican, the residence of the Pope.

The status of Orthodoxy as the "dominant religion" is designated in the Greek Constitution.

Lutheranism has an official status of Denmark and Iceland.

In some cases, one or another Christian denomination is the state not for the country as a whole, and for certain parts of it. Catholicism is the official religion in some cantons of Switzerland, and Anglicanism in England, but not in other parts of the United Kingdom of great Britain and Northern Ireland.

Some countries are formally secular States, but in fact, that Christian has within them a special status. The Bulgarian Constitution defines Orthodoxy as "traditional religion" of the country, and the Constitution of Georgia emphasizes the exceptional role of the Georgian Orthodox Church in Georgian history".

In Norway and Sweden, despite the separation of Church and state, the king remains the head of the Church, and in Norway the Lutheran clergy are assimilated to civil servants. In Finland, no religion is not a state, but there are special laws regulating the activities of the Lutheran Church. Similar is the case with the Orthodox Church in this country.

In Germany, the separation of Church and state, but the financial management of the Federal länder levy a tax for the benefit of religious communities. This right is enjoyed by Roman Catholic and stromatolites community, the Evangelical land Church. Tax is charged on the basis of belonging to any religious community, which is to be recorded in the passport office.
Is the advice useful?
See also
Присоединяйтесь к нам
New advices