What is the religion in Israel

Israel is one of the youngest States. On the political map of the world it appeared only in 1949. However, the old tradition, carefully preserved by the Jews throughout the world, with the creation of the state of Israel has received a new development. Judaism as the national religion of the Jews, has in Israel the most important, although the Zionists who founded the Jewish state, did not give any religion the status of state. 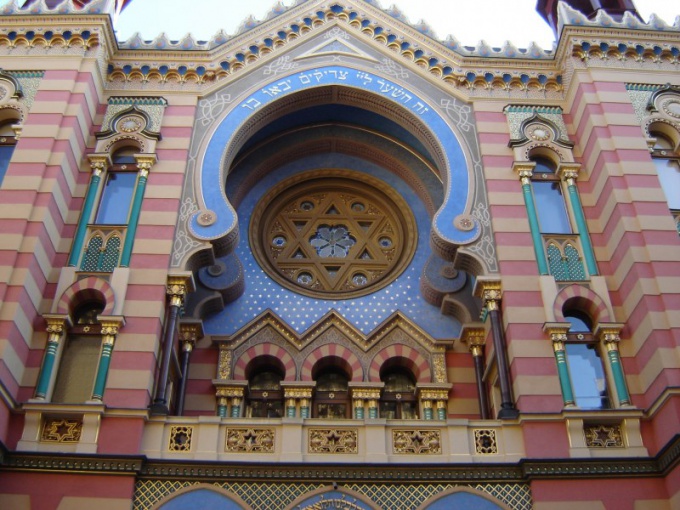 Judaism greatly influenced all spheres of life in Israel. The vast majority of restaurants serve kosher food. The official day is Saturday, and this day in many places, shops, restaurants and even passenger transportation system. In many places it is possible to see ultra-Orthodox Jews whose way of life practically does not differ from that which was adopted among their ancestors in 19th century Europe.

Across the country, Judaism is the predominant religion, with most believing Jews – Orthodox. Reformed Jews and other "Jewish Protestants" are relatively few, but they have their influence in the society and the state. Interfaith differences in Judaism strong enough, and in the ultra-Orthodox quarter of the religious Zionist knitted kippah can get into trouble if the locals think it refers to the Jewish tradition with little respect. However, during hostilities, all Israelis are United, which is largely a credit to Judaism.


Other religions of Israel

Apart from Judaism, a huge contribution to the life of the country bring the traditions of Islam. And, while Islam too much influence on public life, Eastern color visible throughout the country: from a very Western, in fact, tel Aviv and Netanya to as if descended from the pages of Oriental tales of Jerusalem. In the past, there are many Arabs and there are several important Muslim shrines, including one of the most important mosque, the dome of the Rock.

Christianity, too, could not fail to exert the strongest influence on Israel. For a long time the Promised Land was divided and fought each other crusaders and Muslim warriors-Saracens, there were trade routes also contributed to the melting pot of religions, cultures and languages.

Everywhere there are Christian churches of different denominations, including the famous Church of the Holy Sepulchre in Jerusalem is the place where, according to legend, was buried after his execution by crucifixion of the founder of Christianity Jesus Christ. A huge number of pilgrims from different countries come every year to pray in the Holy Land.

Center another Abrahamic religion – the Baha'i faith – is the city of Haifa in Northern Israel. Unlike Muslim countries where supporters of the Baha'i faith are persecuted as "apostate", Israel belongs to this religion is very tolerant, and Haifa is visited annually by thousands of adherents of the new religion.
Is the advice useful?
Присоединяйтесь к нам
New advices