How to pull the fuse

All car owners know what the fuses, but not all are exactly machines they are and how to change them. It often happens that the replacement fuse is an impossible task and the car is driven on the tow truck to change a blown fuse. 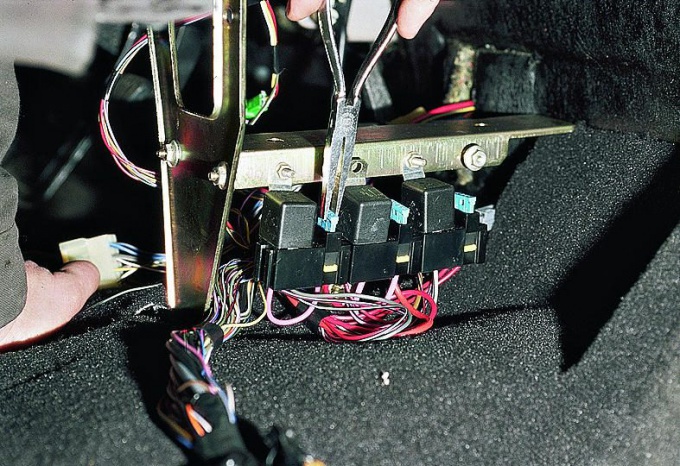 Related articles:
You will need
Instruction
1
To know the location of fuse box in a specific car from the manual. Blocks can be simultaneously in several places: under the hood, in the cabin, in the trunk. The underhood fuse block has box shape, black in color, which can be easily detected in the engine compartment. The fuse block in the cabin to detect difficult: it can be behind the glove box, the driver's legs, in the front, in the sidewall of the center console. It often happens that under one fuse box is the second. The latest models of automotive fuse block can be installed in the trunk.
2
Fuses fail (burn out) due to overload in the electric circuit. These prigruzki occur due to short circuit. The fuse is burning, opens the circuit, protecting equipment and vehicle systems from damage.
3
Right to change the fuse can be subject to simple rules. First, you need to find the right fuse. Remember this, every system can be several fuses. Second, in modern cars with fuses small size to take them from their nests should be a special puller (nippers). Thirdly, you should make sure that the fuse burned. Through the transparent housing shows fuse thin wire, which melts when the fuse burns out. In the fourth, instead of the burnt fuse to set healthy the same value. The face value is indicated by a number on the body of the fuse. This is not to put a fuse with a higher ampere value to replace the burned fewer.
4
Put the fuse in the same location where it was extracted. Often due to poor lighting or vision problems car owners install the fuse into the other socket. The result: irregularities in the modules and systems of the car, resulting in serious damage.
5
If all the instructions for the replacement of the fuse was observed and the malfunction in the vehicle are not eliminated, therefore, in addition to the fuse there is another cause of the failure. In this case, the newly installed fuse can also burn. To start searching for the causes of problems in the electrical system immediately or contact the technical centre.
Note
Never place instead of the fuse any other metal objects. This will lead to more breakdowns in electric and electronic parts of the car.
Is the advice useful?
See also
Подписывайтесь на наш канал