Oleic acid is the most common in nature among the unsaturated acids. It is part of vegetable oils and animal fats. Interesting chemical properties and also method of obtaining in the industry. 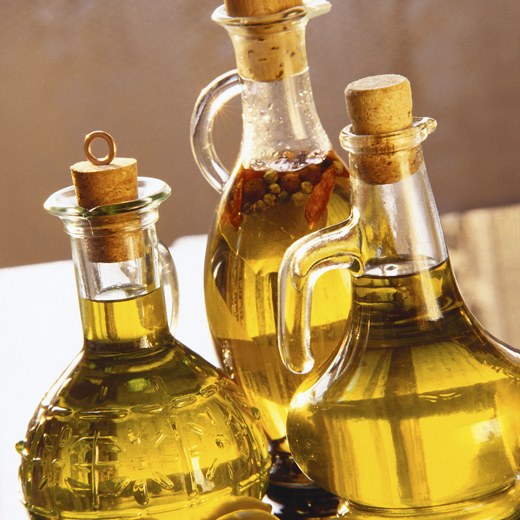 Under the action of strong oxidizing agents such as ozone or potassium permanganate, a mixture of pelargoniums and azelaic acids. This chemical property is used for their industrial production. CIS - and TRANS-isomerization takes place in the presence of various catalysts such as selenium, aliphatic NITRILES, oxides of sulfur and nitrogen. These processes are reversible, and the equilibrium mixture contains about 75-80% alaudinova acid. Esters of oleic acid and its salts are called oleate. Oleic acid dissolves in benzene, chloroform and ethanol.

In the human body and the animal oleic acid is formed by dehydrogenation of stearic acid, and the microorganisms in the lengthening chain of unsaturated fatty acids. Its presence in animal fat help to prevent peroxidation. It is part of vegetable oils and animal fats, sunflower oil contains about 40% oleic acid, olive to 81% in almond to 85% in groundnut to 66%, pork fat 45%, and beef — up to 42%.

In the industry of oleic acid is obtained by hydrolysis of fats and vegetable oils. First, carry out the fractionation of the resulting mixture of fatty acids, then proceed to repeated crystallization from acetone or methanol at a temperature of -40oC.

Technical oleic acid is called the olein, it is a nearly transparent paste-like or liquid product, curing at temperatures from +10 to +34оС. Its color varies from light yellow to brown. As a rule, olein contains impurities of saturated and unsaturated fatty acids. In some of its varieties can be up to 15% of naphthenic acid.

Oleic acid and its esters are added in the production of paints and varnishes as a plasticizer. Its salts are emulsifying agent and a major component of soap, it is also widely used as a firm skin. Small amounts may be present in pharmaceutical formulations. Oleic acid is used as an emulsifier and stabilizer invert emulsions in drilling fluids on oil basis, in the processing of stainless steels and alloys, as well as solubilizing agent and emulsifier in aerosol products.
Is the advice useful?
See also
Подписывайтесь на наш канал