How to determine the acid strength

Which acid is stronger? The answers to this question is not as simple as it seems at first glance. Depends on what grounds and in what kind of environment to determine the strength of the acid. One should not confuse oxidative and acidic properties of acid – sometimes they may not quite be the same. For example, a mixture of hydrochloric and nitric acids – "Aqua Regia" is one of the most powerful oxidizing agents. But hydrochloric and nitric acid are not the strongest. 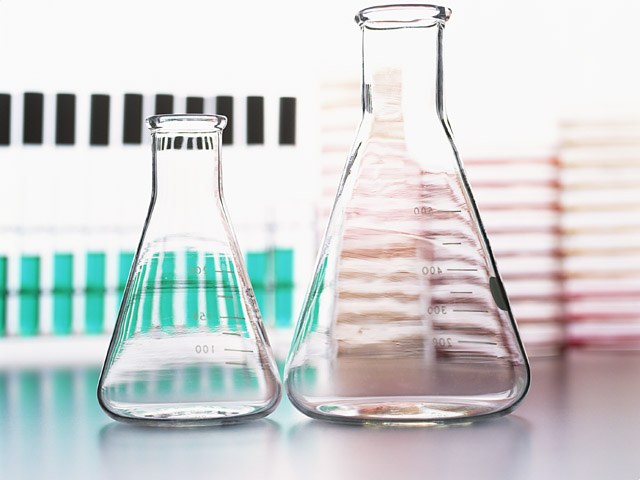 Related articles:
You will need
Instruction
1
From the point of view of the theory of electrolytic dissociation acid is a compound which upon dissociation in water breaks down into positive hydrogen ion and a negatively charged base. From the definition it follows that the degree of dissociation determines the strength of the acid.
2
The degree of dissociation depends on the concentration and is given by the equation: a = SDI/Sobsch, %; where SDIs is the molar concentration predissociative molecules, Sobsch – total molar concentration of the substance taken to prepare the solution. Strong acids dissociate almost completely, acid of moderate strength from 3 to 30%, weak – less than 3 %. As can be seen from the equation, the greater the concentration of a substance in solution, the smaller the value. Knowing the degree of dissociation you can judge the strength of the acid.
3
Force acid is also characterized by the dissociation constant or acidity constant. It is given by the expression: K = [A+]*[B-]/[AB] = const, where [A+] [B-] – equilibrium concentration of ions predissociative, [AB] is the equilibrium concentration narodoslawsky molecules. Of the total molar concentration the dissociation constant is not affected. With increasing temperature the degree and constant of dissociation increase.
4
To determine the strength of the acid, find its dissociation constant in lookup tables. The bigger it is, the stronger the acid. Strong acids have a constant from 43.6 (HNO3) and above. To strong acids is part of the mineral acids: perchloric, hydrochloric, sulphuric and others. The weak acids include organic acids (acetic, malic, etc.) and some mineral (coal, cyanide).
5
Along with the constant is used the pH of the pK, which is equal to a negative decimal logarithm of the constant: pK = - lgK. The strong acids it is negative.
6
But how to determine which of the strong acids are stronger if the degree of their dissociation in water tend to infinity? Such acids are called supercyclone. To compare, they are considered according to the theory of Lewis as electron acceptors. The power of SUPERCOLOR measured in other environments with the interaction properties of a weak base. These environments link the protons of the hydrogen of the acid.
Is the advice useful?
See also
Подписывайтесь на наш канал