What is Aqua Regia

Aqua Regia is not an elite kind of alcohol, available only to the crowned heads. The king, who would dare to try this "drink", there would be only sympathize. So what is this liquid and why is it needed? 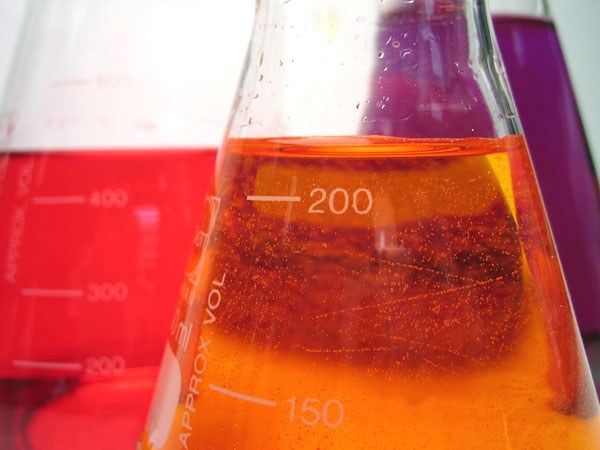 Aqua Regia: what it is?

Aqua Regia is a mixture of acids of high concentration, and therefore the strongest poison. The effect of this compound on the human body is terrible to imagine - because Aqua Regia is able to dissolve metals! It usually consists of one part hydrochloric acid (HCl) and three parts nitric (HNO3). It is also possible to add sulfuric acid (H2SO4). Looks Aqua Regia as a yellow liquid, which radiates not pleasant smell of chlorine and oxides of nitrogen.

Aqua Regia wonderful because it dissolves almost all metals, even such as gold and platinum, but none of the acids entering into its composition, the metals do not dissolve. Active substances, capable of dissolving metals, are created by mixture of acids, in the course of complex chemical reactions. However, there are metals that Aqua Regia can not handle: this is rhodium, iridium and tantalum. Not soluble in Aqua Regia also Teflon and some plastics.

Aqua Regia was created thanks to the research of the alchemists, the tireless in search of the legendary "philosopher's stone", which was supposed to turn any substance into gold. They called gold the "king of metals", respectively, the liquid is able to dissolve is called the "king of waters" (in Latin, aqua regia). But the Russian alchemists have translated this name in the native language of some kind - in their mouths, "king of the waters" was the "Aqua Regia".

Aqua Regia of the alchemists learned how to prepare before was opened hydrochloric acid. In those days, for the manufacture of this part used the distillation of a mixture of saltpetre, alum and copper sulfate, adding there is also ammonia.

The use of Aqua Regia

Today, when the philosophical stone, no one is looking, Aqua Regia is used as a reagent in chemical laboratories, for example, in the refining of gold and platinum. But most often, the Aqua Regia is needed chemists as a reagent for obtaining chloride of various metals. Fans use Aqua Regia to extract gold from the radio components.

It is important to remember that the Royal vodka maintains its properties only in the presence of chlorine in it, which, if you leave a container of substance open, will quickly evaporate. During long-term storage of Aqua Regia chlorine gradually disappears, and the liquid ceases to dissolve the metals.

Tsarskaya vodka that you can drink

There is the same cocktail that can be prepared by the following recipe:

Mix all ingredients and serve in glass with ice, but the gold of this composition, of course, dissolve will be gone.
Is the advice useful?
See also
Подписывайтесь на наш канал