How to have a baby in forty years

Pregnancy, birth of a child is always happiness. A normal woman can not but rejoice the fact that she will become a mother, can give my love to your daughter or son. And if the age is not young, if already executed, for example, 40 years? 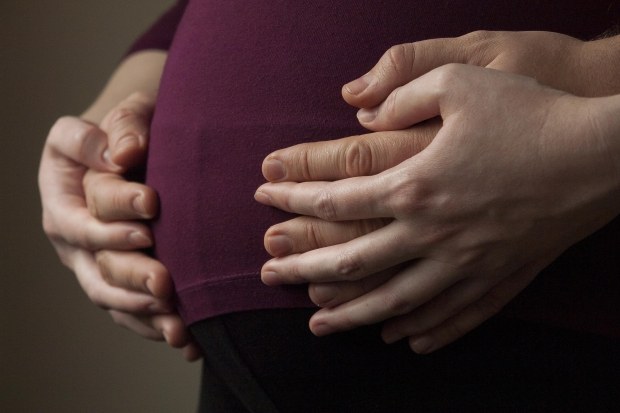 10 years ago the woman who gave birth to first child at age 25, in the hospital was called scary term "starorodyaschaya". Today, such cases are no longer shocking nor doctors nor society. Many ladies 30-35 years to make a career and live for themselves, and then begin to think about motherhood. Births in 40 years, now also not on the verge of a foul, and some experts believe they are even useful. An example for many to serve and show stars-business, cinema and variety that having a baby in middle-age, told from the TV screens and the pages of glossy magazines about what this happiness – to become a mother is after forty.

The woman agrees to having a baby at 40 years due to certain circumstances such as the occurrence of unplanned pregnancy, pregnancy for the first time, the entry into a new marriage. Moreover, due to the quality of life, many women want to have for 40 years because they have good health: lead a healthy lifestyle, visit fitness centers. They were held in professional, well-traveled, financially secure and the birth of a child fit consciously. According to statistics, 3% of the total number of mothers are women aged 40 years and older.

Obstetricians determine the best age of women for pregnancy and childbirth as a period between 21 and 35 years. After 35 years of eggs laid by nature in the female body, start hard to be old, and the body's ability to conceive is significantly reduced. In addition, women by the age of 35 already have acquired a number of gynecological and somatic diseases, which can prevent the occurrence of pregnancy, carrying a pregnancy and successful birth. In turn, the resulting pregnancy may worsen existing disease is a very serious burden on all the systems and organs of the body.

So before you plan pregnancy at age 40, a woman must undergo a full medical examination to consult with genetics and reproduction. The doctors reveal the potential risks that may be exposed to the body of the mother and the fetus during pregnancy. Of course, there is the exception of factors that prevent conception and childbearing at any age, such as Smoking and alcohol abuse, poor diet, excessive coffee drinking, insufficient or excessive weight, constant stress.

Often doctors prescribe planning a pregnancy at 40 years old a special diet, taking a multivitamin, treatments of acupuncture and massage to promote health.

There are cases when pregnancy does not occur arbitrarily, and need to use a method of in vitro fertilization (IVF).

Gestation of pregnancy 40 year old woman requires increased attention from doctors. At this age the risk of having children with genetic defects, e.g. down syndrome (probability 1/100).

Birth Mature women can be complications, often in childbirth use the stimulation, epidural anesthesia, and the delivery often takes place through the operation kesereva section.

However, restored 40-year-old woman after giving birth is quite easy, due to the presence of good hormones at this age. A beneficial effect of the hormone estrogen during pregnancy literally transforms a woman: outwardly, she looks 10 years younger, skin and hair are in excellent condition.
Is the advice useful?
See also
Подписывайтесь на наш канал