How to finely chop onions

Small cutting onions is required in many recipes. This is especially true of salads. This vegetable should be slightly off the taste, but not to kill it as it happens then when you get too big a piece of onion. 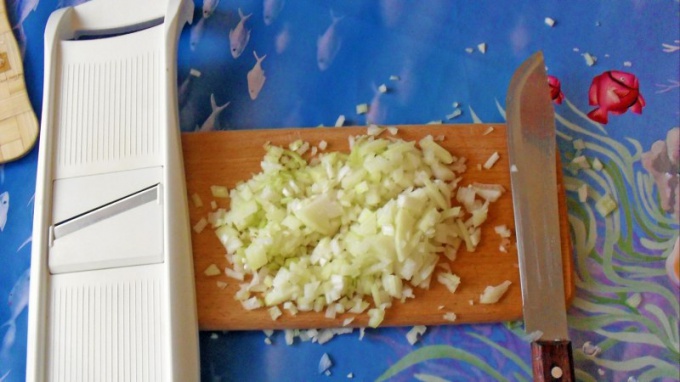 Related articles:
You will need
Instruction
1
The first method

Select a nozzle to create thin slices and insert it into the grater. Peeled onion put on a holder and cut into thin plastics. Collect the resulting circles in a pile, divide it crosswise to make half-rings, put a stack of the cut and with a knife slice. Should be a very small pieces. 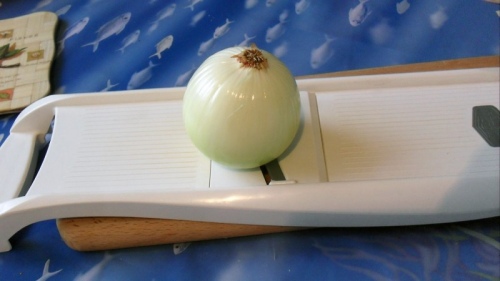 You will need a so-called knife of the chef. He has sharpened a long blade. Clean the onion, not cutting off the base – the bottom. It will not allow chopped slices "to scatter". Some cooks, in contrast, leave with my tail dried the tip, which was a green feather. For it easier to hold the onion, but in this case there is a problem with the sezzhanie layers. Still, for slicing more convenient to leave it the bottom. 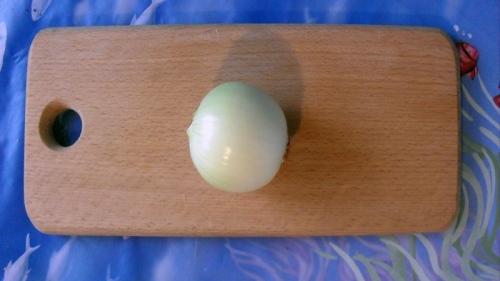 3
Put the vegetables on the base, holding fingers with two sides, make several vertical, parallel cuts, not reaching the Donets. 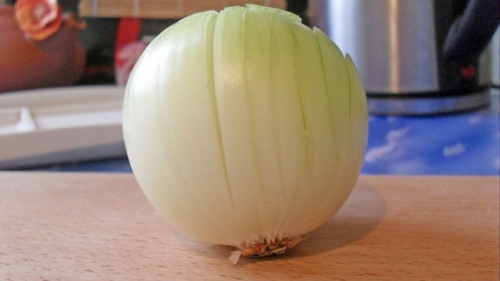 4
Turn the onion and make several cuts perpendicular to the previous one. 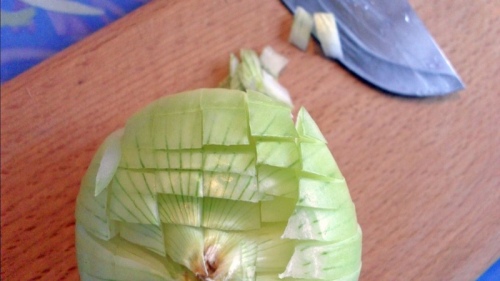 5
Now carefully so the bulb is not broke, lay it on its side and slice into thin slices. 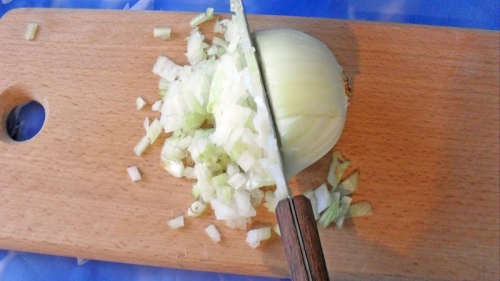 6
Earlier cuts will turn the slices into small pieces. All this time, squeeze the onion from the sides and hold it at the base. 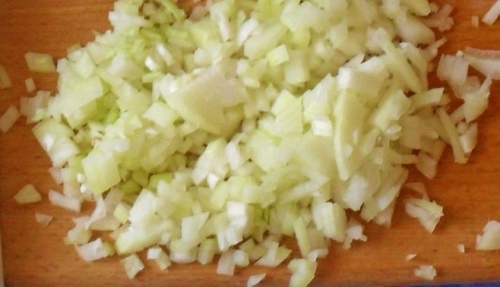 Split unpeeled onion in half lengthwise, cut off top, peel. The bottom is not cut away as in the previous embodiment. 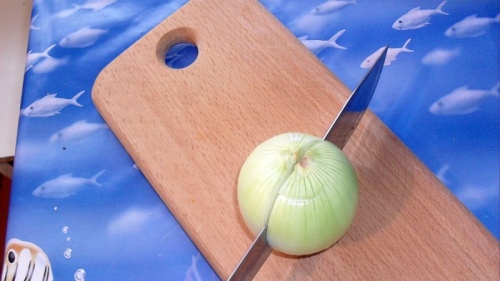 8
Slice each half crosswise, not reaching the ground, and then make several longitudinal cuts from top to bottom. 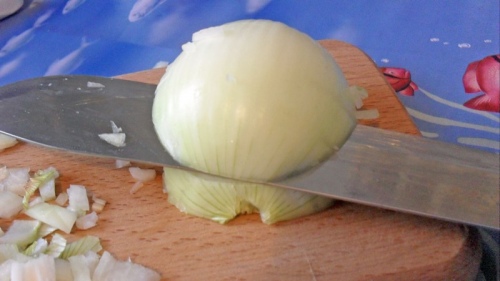 9
Observe is equal to the interval that the pieces turned out the same. 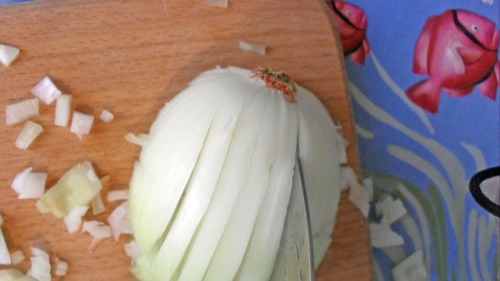 10
The second and third method are similar, the difference being that in the second crumbles from the whole onion, and one half. Crumble half the those who still were not used. Pros prefer to cut from the whole vegetable.
Is the advice useful?
See also
Присоединяйтесь к нам
New advices