Renault Logan is popular in the Russian market of budget sedans. The car has a good technical characteristics, as well as a number of advantages over competitors. 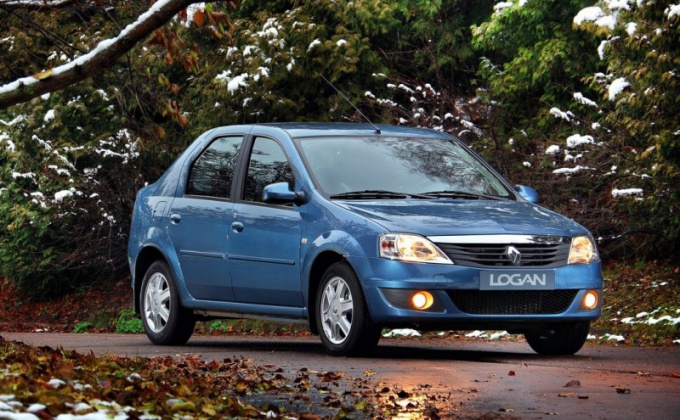 Related articles:
Inexpensive "people's" car – like idea of trying to implement many carmakers, but Renault got it best. Released in 2004, the sedan with the name Logan, they were right on target, because for ten years, conveying life only on the Russian market the car was found more than half a million customers.

The car has an impressive amount of Luggage space – 510 liters. The fuel tank is capable to accommodate 50 liters of gasoline.

Renault Logan is available with three petrol engines. Primary is a 1.4-liter unit, developing 75 horsepower and 112 Nm of torque limit. Next is the 1.6 – liter engine, whose power is 84 "horses" with a maximum torque of 124 Nm. Well, the most powerful is the 1.6 – liter engine with recoil at 102 power and 145 Nm of torque. Combined powertrains exclusively with a 5-speed manual transmission.

Renault Logan is built on the traditional Foundation for European B-class is MacPherson struts in front and semi-independent twist beam rear. The front disc brakes and rear drum type.

The Benefits Of Renault Logan

The main advantage of the Renault Logan is its overall reliability. Well, suspension is generally forgiving and do not kill. It is energy and comfort, even the pits of large dimensions, the car literally does not notice, so the road surface is very poor quality for the Renault Logan is not a problem.

Another advantage of the sedan is roomy and spacious interior. The car can easily accommodate five adults including the driver. In addition, there are large and trunk – its volume consists of 510 litres, and under the floor is a full-sized spare wheel.

One of the decisive advantages of the Renault Logan is a low cost on the Russian market. Basic features of the car is estimated at 361 000 rubles, but it is only equipped with one driver's airbag. The top version of the sedan costs between 478 000 and it includes air conditioning, heated front seats, cruise control, four electric Windows, heated and electric mirrors.
Is the advice useful?
See also
Присоединяйтесь к нам
New advices