Lada Kalina is a popular model of domestic production, which in 2013 experienced a change of generations. The car has a good technical characteristics, as well as a number of features. 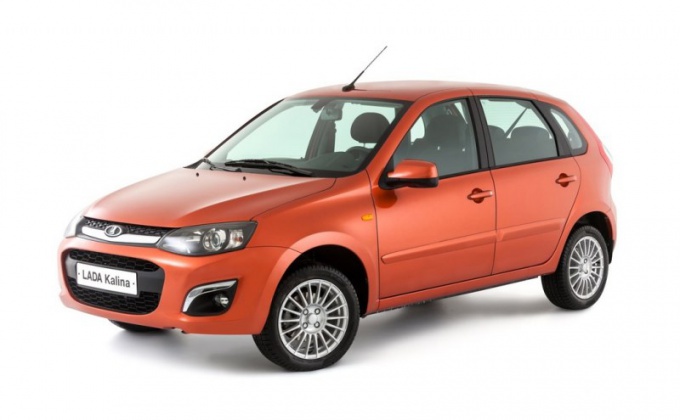 Related articles:
Lada Kalina of the second generation was unveiled in August 2012 at the international motor show in Moscow, and its serial production started on may 16, 2013.

The "second" Lada Kalina is offered in two body styles – five-door hatchback and station wagon, the sedan was replaced by the Lada Granta model. As for dimensions, the length of the hatchback is 3893 mm, height – 1500 mm and wheelbase is 2476 mm. the station Wagon is slightly longer and higher – 4084 and 1539 mm, but the distance between the axes of he is similar. Equal to the car width and ride height – 1700 and 145 mm, respectively.

Curb weight of the hatchback Lada Kalina varies from 1000 to 1055 kg, depending on configuration, and wagon – from 1020 to 1075 kg. fuel tank capacity models are the same – 50 litres, but the capacity of the Luggage compartment varies considerably – 260 litres 361 litres in favor of the universal.

Lada Kalina II is equipped with three 1.6-litre four-cylinder petrol engines. The first produces 87 HP and 140 Nm of peak torque, the second force 98 and 145 Nm, and the third 106 HP and 148 Nm. Combined motors with a 5-speed manual transmission or 4-speed automatic transmission.

Lada Kalina of the second generation has a number of features. To start is to note an attractive and modern appearance. The interior of the car spacious for its class, the Assembly is not perfect, but good quality, materials very decent, and even design special raises no objections.

But the main feature of the Lada Kalina is a low price. For a hatchback 327 minimum ask for 500 rubles, and for the universal – 334 500 rubles. The list of standard equipment already includes a driver's airbag, front electric Windows and trip computer. The top version of the hatchback called "Luxury" will cost 432 000 rubles for the version with manual gearbox and in 481 000 rubles / t, universal prices next – 439 000 488 000 respectively. This car sports two airbags, climate control, rain sensors and light, mirrors electric and heated, heated front seats, electric Windows "full circle" on-staff "music" with USB connector, multimedia system and others. For the money a similar set of equipment is not available on any competing models.
Is the advice useful?
Подписывайтесь на наш канал