Is it possible to exercise a nursing mother?

The period after the birth of the child when he is breastfeeding requires mother's special relationship to their health to the quantity and quality of milk needed for the baby's immunity, was sufficient. So many moms are afraid to return to normal before pregnancy exercising, worrying that lactic acid produced by the body during exercise, has not changed the taste of milk and did not provoke the refusal of the child from the breast. 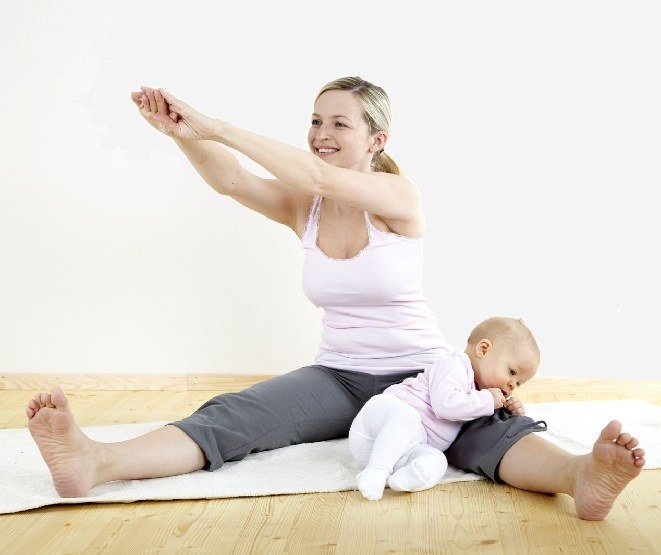 The question on the impact of sport activities on the quantity and quality of breast milk, was studied in detail. So, in 2000 in the UK studies have been conducted, which were attended by two groups of nursing mothers whose weight exceeded the norm in each group was 20 people. The first group of women followed the diet and daily performed the prescribed set of physical exercises, the second did not adhere to the restrictions in eating and not doing exercise. As a result, after 10 weeks, the first group lost an average of 4.5 kg weight without decreasing milk supply, women in the second group also lost weight, but on average, this figure was only 900 g.

Was conducted such experiments in which we compared the volume and composition of milk from women in the control group, performing in 12 weeks of aerobic exercise 5 days a week, and those who refused. No differences in the chemical composition, volume or prolactin levels among breastfeeding mothers of these two groups was found.

Moreover, in 1998, the American scientist-physician, A. Flay was received evidence that even vigorous physical exercise are in no way able to influence or change the content of the main minerals in breast milk. The concentration of phosphorus, calcium, magnesium, potassium and sodium remained unchanged from those moms who have taken this experiment.

How to exercise while breastfeeding

Physical activity need not be intensive – for nursing mothers fit swimming, yoga, different types of Pilates, is specially designed for this category of women. The main attention should be paid to proper equipment for sports or the gym requires the use of special dense and well-supporting breast bra. Should be protected the most, and especially to protect the chest from cold and not flushed out immediately after class on the street.

If you are regularly using the training equipment, monitor your weight, to loss it didn't happen too quickly – just 1-2 kg per month. And we should not feel hunger, do not forget that your first task is to provide the baby needs for his growth and development amount of milk.

Even when you have no time to visit the gym or the pool, exercise at home or turn it into a lesson, a walk with the baby, choosing complex landscape of the track and changing the speed of movement. Facts have proved that the mothers who played sports while breast feeding, almost did not suffer from postpartum depression.
Is the advice useful?
See also
Присоединяйтесь к нам
New advices