What is the significance of the tattoo "Tiger" on the shoulder

Tattoo is body figure, which is applied on human skin. Almost each of these pictures has its own interpretation and significance. 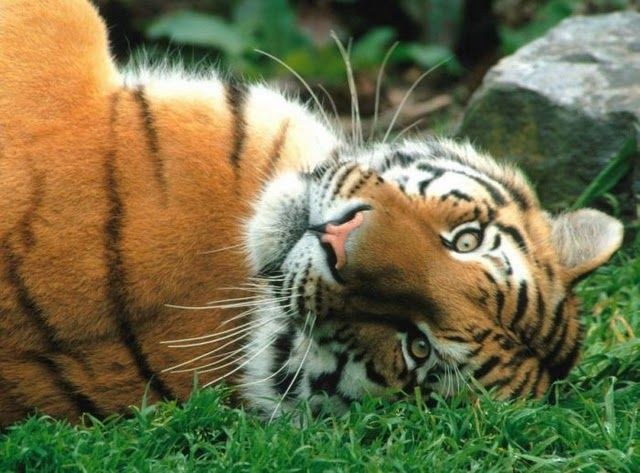 Meaning tattoo with the image of a tiger

Tiger - the perfect predator. It is known fact that is one of the most dangerous creatures, a meeting which will not lead to anything good. The tiger tattoo has a lot in common with the lion tattoo. This graceful animal represents the power, the beauty, the anger and the cruelty, savagery and power, aggression and grace and dignity.

Tiger tattoos can be found in different parts of the world, and everywhere they mean something different. For example, in Asia it is the tiger is the king of the beasts and realizes the function of the warrior-winner. In the East are generally very developed a cult of these animals, it is remembered in tales and legends, the images of tigers are used to ward off evil spirits, even pregnant women often carry some reminder about the tiger, trying to protect her unborn child from everything bad.

In the religion of Buddhism, the tiger represents anger. In addition, this animal is the third within the Chinese horoscope and together with the dragon appears in the symbolism of the "Yin" and "Yang" as the feminine "Yin".

In Europe and Western countries, the image of a tiger you will meet much less frequently. In Greco-Roman mythology, tigers are very often replaced by leopards and, more often tigers can be seen on the image of the God of fertility Dionysus, harnessed to his chariot.

A predatory grin mouth of a tiger can often be found in the prison environment. This tattoo cause people, angry at the government, able to stand up for themselves and for their loved ones.

Tribal tiger tattoo - this style looks very harmonious on the shoulder or forearm. Geometric lines and swirls create a sense of movement the tiger.

White tiger is very rare in nature, so the image of the white tiger can mean the uniqueness of the person that he is not like anyone. This image speaks of its exclusiveness.

The Amur tiger is the largest member of the cat family, which testifies to the power and strength of a predator.

Tattoo small tiger is very popular among the weaker sex, which is a sweet creature shows the fragility, tenderness and innocence. In addition, the tiger cub very often expresses the connection of the mother with the child.

You can also find a combination of tiger with a few right ingredients, it can be butterflies, dragons, vines, jungle, and other drawings describing the harmony, strength and power.
Is the advice useful?
See also
Присоединяйтесь к нам
New advices