What does the tattoo of a cat

Tattoo – a very common fascination among the youth, as well as representatives of various subcultures. One of the attention-grabbing tattoo is a picture of a cat. You should understand what it means. 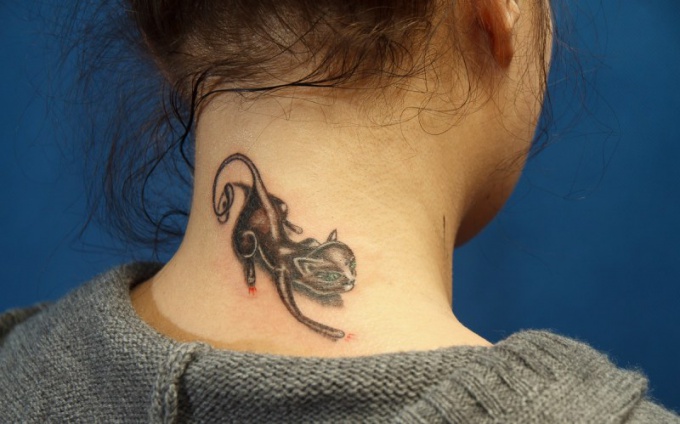 Currently quite common classic tattoo depicting cats of different breeds. Felines of all types, starting with home and ending with its major representatives – lions, tigers and leopards. They usually symbolize speed, mobility, ability to emerge unscathed from any situation and to anticipate possible trouble. Often tattooed cats are big size demonstrates the person's confidence in his abilities, his desire to show that he is not like everyone else. In addition, animals with a grin symbolize anger, rage, and lust for power, and images of kittens – innocence and friendliness.

Tattoo with graceful cats are a symbol of freedom and say that their owner believes himself to be the master of your life. Affectionate Pets symbolize love and tenderness. And in some cases, like the image says about the human propensity for deceit and cunning.

Black cats have long been considered satellites of the dark personalities and supporters of Black magic. It is believed that this tattoo gives the wearer strength and helps in carrying out various magical rituals.

Often a tattoo in the form of a cat shows the duplicity of man, and the love of the thrill, his wildness or strong passion. Cat's head is a symbol of caution and luck. Struck in the shoulder a picture of a cat may indicate that a person has a close friend with whom he considers himself inseparable whole. It also happens that a tattoo of the cat cause the people who managed several times to escape death.

The image of a Panther shows that you are very dangerous man, and lion (in some cases) – criminal authority. Cat's paw can be a symbol of belonging to sexual minorities. However, it should be remembered that the man could cause any of these tattoos without knowing their meaning.