Why would the artist singing on stage, in-ear earphone

Often you can see the artist acting on stage, small in-ear earphone. As a rule, they are vocalists. It is called the system of personal monitoring. 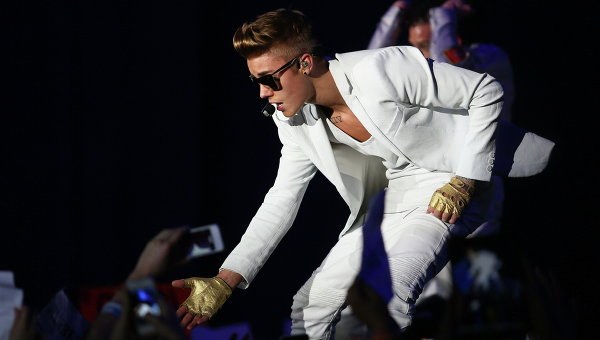 The artist acting on stage, necessary ear monitoring system to hear yourself. The fact that the concert speakers are directed toward the audience, and singer melody can't be heard very well because of the noise from the audience, especially if it's a rock concert. In addition, coming out of the speakers loud music, echoing off all the walls, prevents the singer to follow the rhythm and key of the song. Be muffled and your own voice, which becomes difficult to control. Because of this, a singer can start dissembling, get past notes and generally feel insecure. In the earphones he hears the same music ("music minus one" song), in sync with the music submitted to the hall of columns. It helps to focus and time to start singing.

Not to stray, Opera singers are closely watching the movements of the conductor, which shows the tempo, the rhythm and when to join. For performers of other genres in the role of conductor are headphones.

The cell may include all the instruments except the vocals or one instrument and vocals - it all depends on the preferences of the singer. Ear monitors are useful for the artist and for other purposes - for example, he can during the concert to tell us about any changes to the programme and different unforeseen circumstances.

To use headphones can, in addition vocalist and musicians. For example, the drummer may be the sound of the metronome so he doesn't skip a beat.

Such a system in-ear personal monitoring consists of earphone fixed on the fuselage musician and receiver included in the monitor panel of the transmitter. Earphone is usually made individually for a specific artist, from a cast of his ear. As the system of personal monitoring is often used reinforcing headphones that has a number of advantages over dynamic.

On the stage of ambient sounds from live instruments, from the speakers, the noise from the audience, often turn into one continuous rumble, knocking and distracting the singer. The matter is complicated even more if it is necessary to simultaneously sing and dance.

Headphones rarely used for chamber and acoustic concerts. Usually they are used on medium and large sites. Often on stage right and left are aimed at musicians ' monitor speakers. If the scene is large, and the singer runs through it, it can get out of range of the monitors. In this case, it is much more convenient to use headphones and have freedom of movement. Besides, I do not always monitor speakers provide the necessary sound level to control the rhythm.
Is the advice useful?
Присоединяйтесь к нам
New advices