How to behave on the stage the singer

Vocalist of the musical group often is his face and frontman. Not only is it important to always remember the words and hit the notes, but to be able to convey the meaning of the song to the listener, to spread the energy of their music. 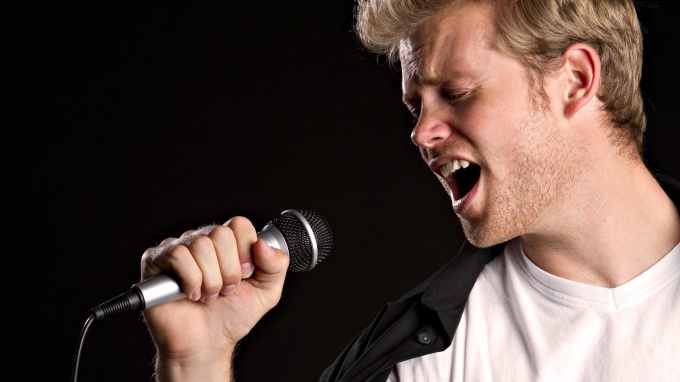 Related articles:
Instruction
1
Connect with your audience! Greet people in the hall, just smile at them. What to talk about on stage? Can tell interesting stories about the creation of the song you want to sing, about whom or what you devote. Express your opinion about what is happening in the world of important events. That you will show yourself as an interesting person. If really worried - don't say a lot. Just a clear and confident voice to declare the song.
2
Move around the stage. Get out into the stage space, go to the edge of the stage, you swap places with a musician. It is not necessary to run around the stage all the time, like to stand in one place - it will quickly bore the viewer. If you can - can down the hall. Interact with equipment on stage: stand for microphone, drums, guitar. Suppose you will be interesting not only to listen but also to watch you.
3
Watch for non-verbal side of the speech. Keep your back straight, do not hide the hand motion, "tell" the meaning of the song hands, this adds expressiveness to the performance, you will better understand. Don't close your eyes for a long time. This creates the impression that you are singing for yourself. Do not turn to the viewer.
4
Interact with team members. Imagine their audience, and include them in dialogues with the public.
5
Try to control the audience. Say, "Raise your hands!" or "Sing with me!". You probably listen to. So you connect the listener to the creation of the show. He will feel not an observer, but a participant.
Note
The main thing - confidence! If you don't believe that you are the best of all - the audience also won't believe that. Once you are on stage, your insecurities will give your feet, hands, voice etc. before the speech, Try to convince yourself that you are the king of the world!
Useful advice
Avoid words parasites, obscene language, even if your audience is at the moment not too high culture. You need to appear "above" them.

Do not engage in lengthy disputes with the annoying listeners. Answered one question - on can be ignored, otherwise a verbal contest may be delayed, and then other people will start to get bored.
Is the advice useful?
See also
Подписывайтесь на наш канал