Today beer is sold on every corner. And the choice is very large. Numerous advertising created the image of the drink as a companion to the successful and happy people. But doctors say that beer alcoholism is a serious disease, which in some years can completely destroy human health. 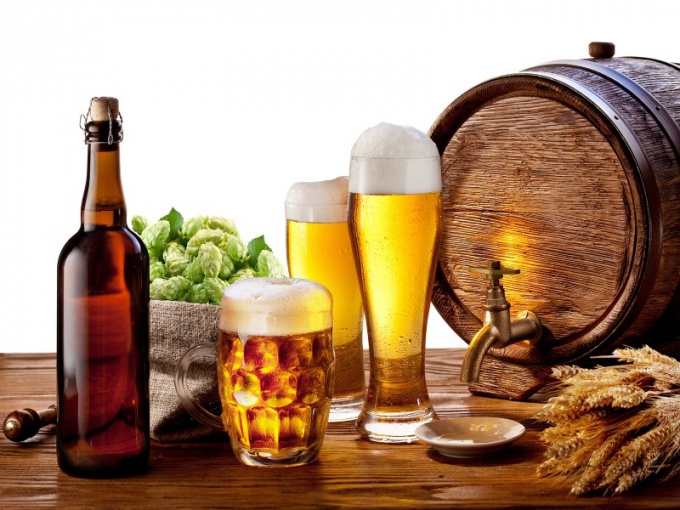 Related articles:
Regular beer drinking affects many organs. Primarily affect the gastrointestinal tract. Ethyl alcohol irritating the stomach wall. What leads to ulcers and gastritis. Produces large amounts of mucus as protection of organs, but gradually, the glands in this work atrophy. As a result, food, undigested, enters the intestines, which increases his work. The liver uncongested, as is constantly forced to withdraw the remnants of alcohol. This reduces resistance to infectious diseases. And later possible Cerros liver.

When alcohol killed brain cells. One bottle of beer is enough to make thousands of parts of the brain died and were removed together with urine. With regular use, the thought processes slow down, worsening memory.

How to distinguish between beer drinking?

There are several signs which tells about the presence of such dependencies:

1. Regular consumption of beer. Not less than 4 times a week.
2. Uncontrolled amounts of beer. Difficulty be limited to one or two glasses.
3. The constant increase in the number of drunk beer.
4. Forgetfulness, memory lapses after drinking alcohol.
5. Drinking beer at different times, for example, in the morning. With this beer you really want, and it's hard to deny yourself.
6. Hangover again want to drink, and this is often done.
7. It is impossible not to drink.

If at least two of the seven present in humans, so beer drinking he already has. And it is a disease that must be treated.

How to fight beer alcoholism?

If the dependency is already there, we should start to control it. In the early stages to treat it easy. First, refrain from alcohol. Do not drink at all. Second, avoid people who offer a drink, don't attend events where there's beer. First it is difficult, but then to appear indifferent to the drink. Thirdly, occupy yourself with something. A hobby will help fill free time, you will form new habits. Fourth, ask loved ones to support you. Possible breakdowns or nervous condition, but you will understand if you tell me why I do it.

If drop does not work, go to the experts. Modern medicine has developed many ways to treat alcoholism. If a person is willing to undergo the procedure voluntarily, with high probability he will be able to get rid of bad habits.
Is the advice useful?
Присоединяйтесь к нам
New advices