How to conduct funerals and memorials

Russian funeral ceremony (or funeral) is based on Slavic pagan views and, of course, to the Orthodox traditions. Among Orthodox Christians there are certain rules of carrying out of funeral and subsequent Wake. 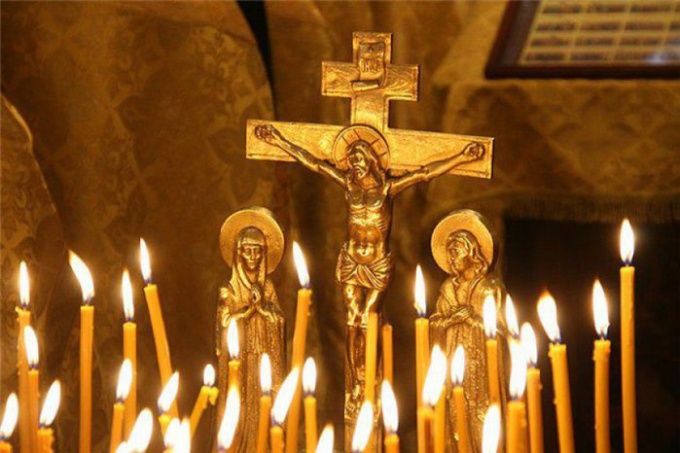 Related articles:
Instruction
1
The procedure of conducting the funeral of Orthodox Christians. The coffin with the body of the deceased should stand on the table (or stools), covered with any cloth. The narrow part of the coffin (where are the feet of the deceased) must be facing the exit of the room (or house). The coffin lid must be vertical in the narrow part on the floor. Not recommended to put it in the stairwell. For this there is a hallway or corridor.
2
In the house with the deceased must be his portrait in a mourning frame, wreaths, and also any rewards (if any). Mirrors and paintings should be covered with fabrics. This requires an Orthodox burial. All present on the stem (and, of course, directly at the funeral), you need to wear only dark and black colors.
3
From the house the coffin with the body of the stand with the narrow end forward. Relatives is strictly forbidden to carry the coffin and the lid. Do it, or funeral, or just friends and acquaintances. Carry the coffin or to the funeral in the Church, or from a burial in a cemetery. It all depends on the last will of the deceased and wishes of his relatives.
4
At the cemetery, relatives and friends of the deceased say goodbye to him. Someone pronounces the Eulogy, someone standing silently and listening. After farewell closes the face of the deceased. This is done with the shroud. Then the coffin lid is closed. By the way, if the deceased's funeral in the Church, the cruciform shroud sprinkled on the ground, consecrated in the temple. Cemetery workers carry the coffin to the grave dug, and then lowered it into her.
5
After that, the coffin lowered into the grave, throw a handful of earth. First do the relatives of the deceased, then all the other people who came to carry out the deceased on his last journey. Then the grave is filled with earth, set original wooden Orthodox cross with the registration data of the person buried beneath it. Participants of mourning ceremony of laying flowers and wreaths. All. The funeral rite at the end.
6
The conduct of commemoration of Orthodox Christians. A Wake is a ritual performed in memory of the recently deceased person. The essence of the memorial is a collective meal (or dinner), which is satisfied with his relatives. The Wake can take place in the house where the deceased more recently lived and to the cemetery in a specially designated place. Orthodox funeral held on the day of burial and in the subsequent certain time of remembrance.
7
Orthodox Christians hold a memorial dinner three times. The first funeral occur immediately after the burial, the second – on the ninth day after death, and the third sorocovici (i.e., on the 40th day). Sometimes a Wake is held after six months. Further, the term of this ritual – once a year (day of death). Often commemorate a deceased person and the day of his birth.
8
In the process of eating supper, Orthodox Christians pray for the repose of the soul of the deceased. Any action performed during a funeral, is sacred ground. That is why the menu funeral meal determined in advance. The food on the table – simple. No gourmet dishes. The tablecloth should be solid, not color. For a funeral dinner can invite specially and can wait for anyone who wants to remember the dead. In any case linger long there should not be.
Is the advice useful?
See also
Подписывайтесь на наш канал