How to count menstruation

The menstrual cycle is regular bleeding from the uterus in women who have reached puberty. Women should follow the regularity of menstruation and the duration of the cycle, this can help with a simple calendar. 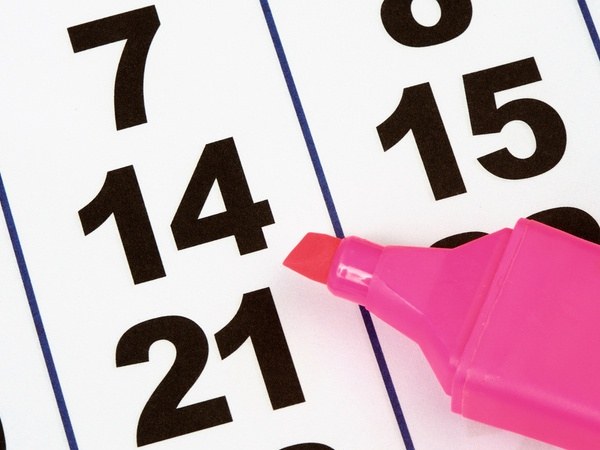 Why do I need to count the days of menstruation

In the course of the monthly cycle Mature egg moves through the fallopian tubes to the uterus. If fertilization has occurred, it is removed from the body along with blood and mucous of the uterus. Promote uterine contractions hormones, they cause spasms of the blood vessels. Physiological processes in a woman's body are inextricably linked with the menstrual cycle: the peak occurs during PMS (premenstrual syndrome), and the decline occurs during menstruation. These changes occur even in healthy women: they have a changing body temperature, thyroid activity, structure of the mammary glands, changing breathing and blood pressure. Normally, the first period coming in 12-14 years. Earlier and later menstruation evidence of problems in the body.

Women should monitor menstrual cycle for many reasons, for example, that period wasn't a surprise. For women planning pregnancy calendar monthly needto calculate the days favorable for conception. If pregnancy is not included in the plans, this calendar will help it: abstinence during the ovulation period from unprotected sex is one of the safest for women's health contraceptive methods. If a woman is constantly engaged in such a calendar, and watching the cycle duration, delay or early onset of menstruation will not remain without attention. This will allow time to consult a doctor to avoid more serious problems.

How to count menstruation

The best way to keep a menstrual calendar and record the date when it starts bleeding, as this will be the first day of the cycle. When will be marked the dates of two cycles, count the number of days between them. It would be correct to assume, from the day when the first cycle until the day before the next menstruation (inclusive). You also need to fix and finish dates of bleeding. Normal period should last three to seven days.

Ideally, the menstrual cycle corresponds to the moon is 28 days.

On average, the menstrual cycle can last 28-35 days. If periods are coming more often than once in twenty-one days or less than thirty-five days, or their duration is non-standard, it is considered a pathology requiring treatment to a gynecologist. If examinations and tests showed no presence of the disease, may be in breach of the cycle was caused by temporary circumstances. To delay or reduce the time of menstruation can emotional overload, stress, fatigue.
Is the advice useful?
See also
Подписывайтесь на наш канал