Why the cross became the symbol of Christianity

Hard to find in the world culture more common symbol than the cross. For Christians the cross is the main relic related to the life and death of Jesus Christ. However, different branches of Christianity since its inception and to this day debate about the form and substance of the cross as the main object of worship. 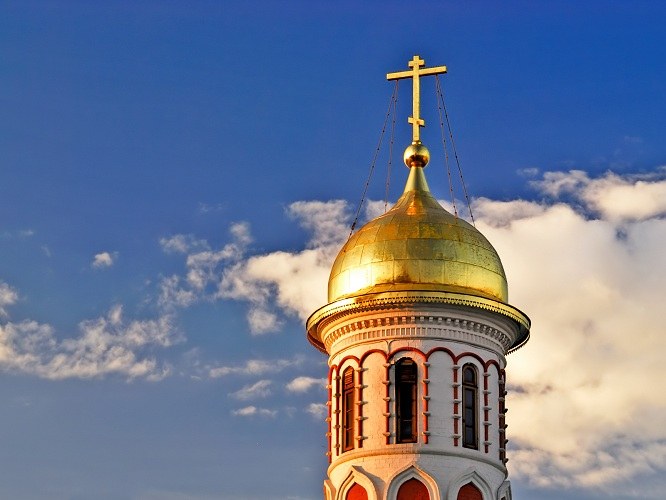 Related articles:
Meanwhile, the symbol of the cross was used in various pagan beliefs long before Christianity. This is confirmed by archaeological finds across Europe, in Persia, Syria, India, Egypt. In Ancient Egypt the cross with a ring at the top, the Ankh was the symbol of life and rebirth after death. Cross the ancient Celts, where the equal rays extend beyond the borders of the circle represented the Union of earth and heaven, male and female. In Ancient India the cross was depicted at the hands of Lord Krishna, and in North America the Indians Moscow believed that he casts out evil spirits.

The penalty at Calvary

Despite the fact that the Christian cross is also a symbol of rebirth and eternal life after death, his first appearance in religion was connected with the execution of Jesus Christ. The crucifix on the infamous pole is widely used as punishment in Ancient Rome. The cross was used to punish the worst criminals: traitors, rebels, robbers.

By order of the Roman Procurator Pontius Pilate, Jesus was crucified along with two thieves, one of whom repented before death, and the other continued to the last breath to curse his executioners. Immediately after the death of Christ, his cross has become the main Shrine of the new religion and took the name of the Holy cross.

A branch from the tree of Knowledge

There are many theories about the origin of the wood from which was made the true Cross. One of the legends tells that the dry branch from the tree of Knowledge sprouted through Adam's body and became a huge tree.

Thousands of years later, this tree was ordered cut down by king Solomon to use in the construction of the temple in Jerusalem. But the log did not fit well and made of him a bridge. When renowned for his wisdom the Queen of Sheba visited Solomon, she refused to go over the bridge, saying that the Savior of the world be hanged on this tree. Solomon ordered to bury the logs as deep as possible, and after some time in this place there was a pool with healing water.

Before the execution of Jesus the beam emerged from the waters of the baths and decided to make the main vertical pole of the cross. The remaining part of the cross was made of other trees, also has a symbolic value of cedar, olive, cypress.

The crucifixion in Christianity

Form of the crucifixion is still the subject of theological and philosophical discussion. Traditional cross consisting of two perpendicular beams, is called the Latin cross used in the Catholic branch of Christianity, along with the sculptural image of the crucified Christ.

In the Orthodox tradition, except the bar for the hands, there is the lower oblique bar, which were driven through Christ's feet, and the upper in the form of tablets, on which was written NC ( "Jesus of Nazareth, king of the Jews"). Oblique crossbar symbolizes the two thieves who died with Jesus: the end, which looks up - that repented and ascended into heaven, descended down to the fact that persisted in sin and went to hell.

In addition, there is a theory that death by crucifixion was carried out not on the cross, and on a regular post. As a result, many religious groups deny the existence of the cross or deny the worship of relics: the Cathars, the Mormons, the Jehovah's Witnesses.

The symbol of the cross from religious traditions have become part of daily life with a lot of established expressions. For example, "bear your cross" means "to endure hardship" and to say that the person is no cross - so to call him shameless.
Is the advice useful?
See also
Подписывайтесь на наш канал