Why not turn on the Android smartphone

The smartphone performs several important functions. One of the major fears is to be without communication. Therefore, when the smartphone is switched off and wouldn't turn on, many people panic. Meanwhile, there are a few simple ways to give the phone "in a sense." 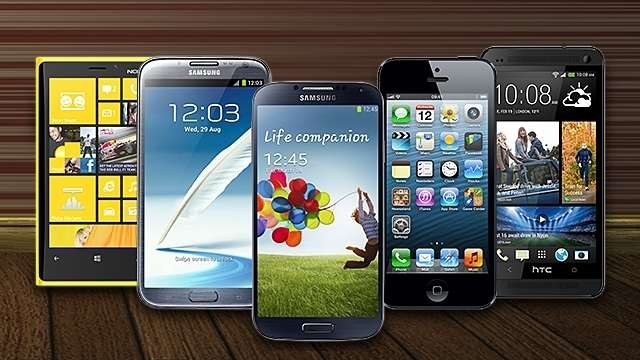 Related articles:
First of all, it is not necessary to get the phone inside. This can lead to very unpleasant consequences until a final breakdown of the phone. There are a few common reasons for the reluctance of the phone will turn on, and eliminate most of them do not require the unwinding apparatus of the cogs.

If the phone does not turn on after a sudden shutdown, you think the charge for work was enough for him most likely during the operation, the load on the battery were too high. Modern phones have so many features simultaneously perform as many actions that the batteries are run down in record time. Search for wireless networks in place with unstable flooring, Bluetooth enabled, second report on was found in range of affordable handsets, and more can drain the phone in a few hours. So you just need to put it on the charger, and after the successful inclusion of "trim" part of the unnecessary features to reduce screen brightness, turn on power saving mode, disable networking by default. All this will significantly increase the operation time. If the phone more than half to two years, you need to buy him a new battery because modern batteries are not designed for longer term work.

"Frog" is called the universal charger for mobile phones, it charges the batteries directly.

If you try to set the phone on the charger nothing happens, look carefully at the charger and phone socket. It is likely that something has failed — broke off contact, socket is loose (since it usually is used not only for charging but also to connect headphones, computer connection). To check the efficiency of the charger or the receiver of the nest you can use the universal battery like "frogs". If charging occurs, and the phone starts to work after that, enough to buy another charger.

What else can go wrong?

The phone may refuse to turn on due to faulty power button. If the phone is new in the factory case marriage, and you can contact the service center or the store to replace the phone. If the phone is old, just give it in for repair.

To avoid damaging the phone due to untested updates in the settings check "install files only from trusted sources". It will protect your phone.

Sometimes the phone wouldn't turn on after critical updates, which can damage the appliance. In this case, it is sufficient to "undo" it to factory settings. How to do in the case of a particular phone, usually written in the instructions thereto.


The phone may not turn on because you dropped it recently. Mechanical damage, perhaps, the most serious reason for the "whims" of the phone. In this case, no repair is necessary.
Is the advice useful?
See also
Подписывайтесь на наш канал