Who is the owner of the trade network "Magnit"

Today grocery network "the Magnet" is one of the largest in its segment, and its owner Sergey Galitsky — one of the richest Russian businessmen. But, despite a fairly large personal capital and financial resources, the businessman is recognised by journalists is not quite typical for Russia. Take the fact that Galician is not seeking to live and accumulate your capital in Moscow, preferring the capital of the province. 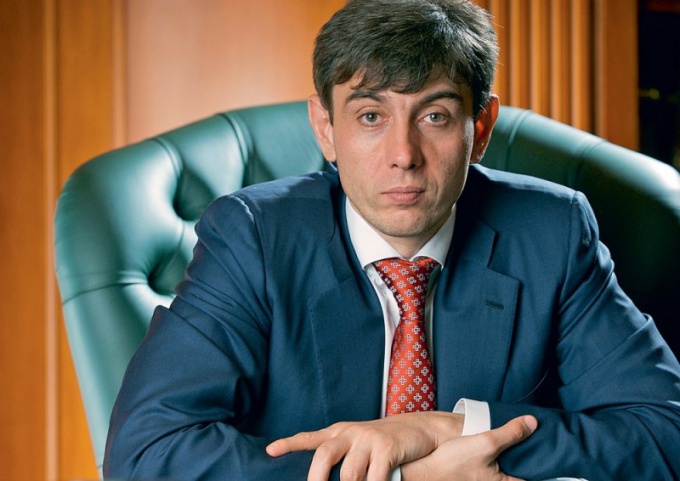 A little bit about the network of retailers Magnit

According to the positioning of the network management companies, supermarkets "Magnet" represents the point of sale of food and nonfood products at affordable prices, targeting customers from middle income.

In the niche grocery retailers with a similar concept works and "roundabout" from X5 retail group, which is considered the main competitor of "Magnet" Sergey Galitsky.

As of the end of 2013, the network consisted 8093 outlets. 7200 of them in supermarkets at home, 161 hypermarket "Magnet", 46 "family" stores and 686 points under the guise of "Magnit Kosmetik". The coverage is also quite large — from Pskov in Western Russia to Nizhnevartovsk in the East and from the North of Arkhangelsk to the South of Vladikavkaz.

Who is Sergey Galitsky?

Born Sergey 14 August 1967 in the village of Lazarevskoye of Krasnodar Krai and before marriage wore a different name — Harutyunyan.

Besides "Magnet" to the businessman also owns football club "Krasnodar".Under the leadership of Sergei Galitsky, he has made significant progress in 2011, coming to the Premier League.

The entrepreneur, as a typical representative of the Soviet generation, served in the army from 1985 to 1987, and then enrolled in the Kuban state University, got a job in one of the Kuban commercial banks. In 1993-Ohm Sergey Galitskiy graduated from the faculty of economy and planning of national economy and received a degree in Finance and credit.

Then business career developed very rapidly and in 1994 he became Deputy Governor of the Bank, which came only in the second year of study.

Company "Tander", is the Manager of a network "Magnet", began its existence in 1995, and by 2001-mu network Sergey Galitsky has reached the number of 250 outlets and has become the largest in Russia.

According to the magazine "Finance", the personal status of Sergey Galitsky in February 2010 was estimated at the level of 2.65 billion U.S. dollars. Then, in 2011, the businessman took the 24th place in the Top of the Forbes 200 richest businessmen of Russia.

The Galician company has been developing very rapidly and already in 2006, the shares of "Magnet" were traded on RTS and MICEX. Appreciated the achievements of the businessman and the Kuban regional government: in 2011 the Governor of the Krasnodar region issued a Decree on awarding the owner of the "Magnet," the title of "Hero of Labor of Kuban".

Currently, the businessman also leads the construction of the stadium "Krasnodar", which after construction will become the largest facility of its kind in the southern Federal District.
Is the advice useful?
See also
Подписывайтесь на наш канал