How to use a caliper

Not only in manufacturing but also in everyday life there is often a need to know the size of a small detail. To measure the diameter of the drill or wire size to determine the size of the inner recess in the workpiece, it's best to use a caliper. This tool is very easy to use, although it requires a bit of skill. 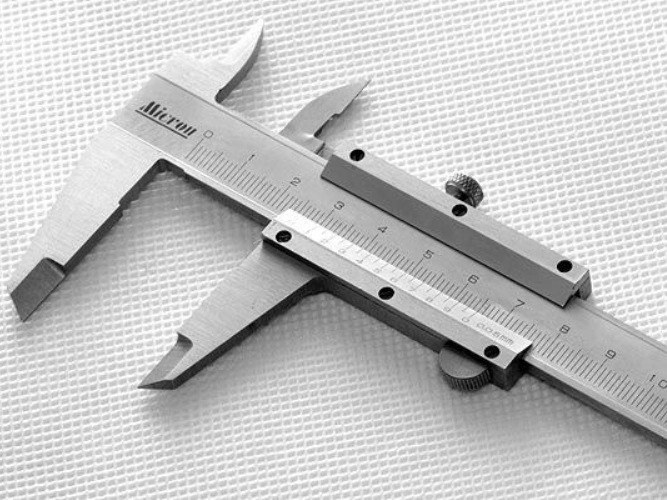 The device of the caliper

Measuring ruler is extremely simple in use, but to measure its items can only be with a very low degree of accuracy. If the conditions of the problem impose higher requirements to the measurement results, it is best to use a special kind of measuring tool, which is called caliper.

This device gives the possibility to determine the internal and external dimensions of objects and also the depth of small holes.

Traditional Vernier caliper consists of an elongated rod, is provided with stationary jaws. The rod moves the frame having movable elements and the retaining screw. On a flat surface of the rod are cut-off, reproducing a scale with divisions of one millimeter. The length of the standard scale, as a rule, equal to 150 mm, although you can find more impressive models. On the movable part of the tool, you can see the auxiliary scale called a Vernier.

How to use a caliper

To measurements with conventional calipers, you need to prepare the tool. This is to differentiate between the jaws of the caliper at a sufficient distance, and then tightly compress them measured object, for example, a drill bit or metal rod. Do not need to exert undue force so as not to damage the instrument.

Now we need to look at the first (left) label, available near the bottom of the scale to figure out which division it was established. For example, if the mark lies between zero and one, this means that the object has a size less than a centimeter. The next step is to figure out which of the divisions of the upper scale mark coincides. If it is opposite of division 7, the size of the object being measured is 7 mm.

With the help of Vernier caliper can be measured also, and a few tenths of a millimeter. If the bottom label was established between numbers 7 and 8, you need to see which of the labels exactly matches the line on the upper scale, making it a single line. Coincided the fifth label? This suggests that to the result you want to add a millimeter.

The number of additional labels on the lower scale can be set to 10 or 20, depending upon the accuracy class of the caliper.

Inner diameter caliper to measure is also not too difficult. For this purpose, the tool has two slightly pointed sponge at the top. They must be inserted between the inner surfaces of cavities or tubes, and then push until it stops. All other measurement steps will be the same as those described above for external measurements.
Is the advice useful?
See also
Подписывайтесь на наш канал