Why the need for a protractor

A protractor is a tool commonly used in geometry. To do without this tool quite difficult as students deciding their first task, and the engineers that perform complex geometric constructions. 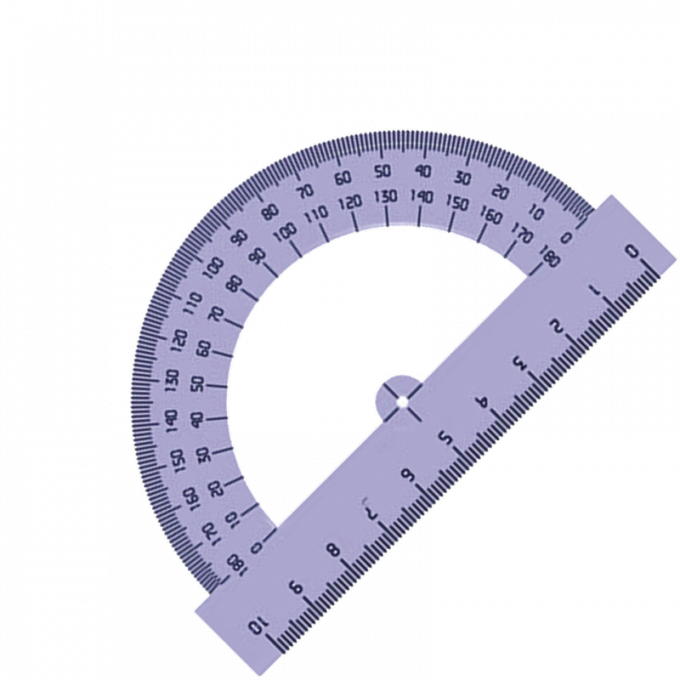 Related articles:
A protractor is a geometric tool used for measuring angles.

The main and compulsory part of the protractor are two key elements. The first one is a ruler divided into centimetre division. This line is usually provided with a marking reference points used in the measurement process. The second element of the protractor - angle measuring scale, which is a semicircle, usually involving division from 0 to 180°. There are modified models of sunglasses that have full circular scale, i.e. make it possible to measure angles with a value from 0 to 360°.

Each angular scale contains the range of values of angles in both forward and back. This allows you to use a protractor to measure acute and obtuse angles.

The materials used for the manufacture of doors, can be very different. The most common examples of such materials are plastic and metal. The wood currently used for these purposes, somewhat less, because these watches usually are thicker and somewhat less comfortable to use.

The measuring accuracy of each instrument is directly dependent on its size. So, the larger the protractors can measure angles with greater precision, and small instruments give only an approximate idea on the value of the measured angle.

How to use a protractor

Using the protractor it is possible to solve two main tasks: measurement of angles and construction of angles. So, to measure the angle necessary to place its top at the origin marked on a ruler a protractor. Then you need to pay attention to the side angle, aimed at the angular scale across it. In the case that the length of this side is insufficient, it is necessary to extend it to the intersection of the azimuth scale.

Then you need to look at what the value side of the angle intersects the specified scale. If the measurement is subjected to an acute angle, the desired value will be less than 90°, and in the measurement of obtuse angle should be used to that part of the scale that contains divisions, exceeding 90°.

Similarly, the construction of angles using protractor. You should first make a line that will represent one of the parties and its termination, which will become the top put in the starting point. Then on the azimuth scale point should be noted the desired value of the angle, which can be both acute and obtuse. Then, removing the protractor, connect the top of the future angle surrounding a point: as a result you get the desired angle.
Is the advice useful?
See also
Подписывайтесь на наш канал