When you need to change the antifreeze

Maintain the vehicle in optimum condition is a primary responsibility of the driver. After all, how the machine is ready for operation, security depends equally as its owner and other road users. Time replaced the antifreeze will help to avoid serious problems with the engine overheating or corrosion inside the fuel system. This means that the quality of the coolant has to be the most serious. 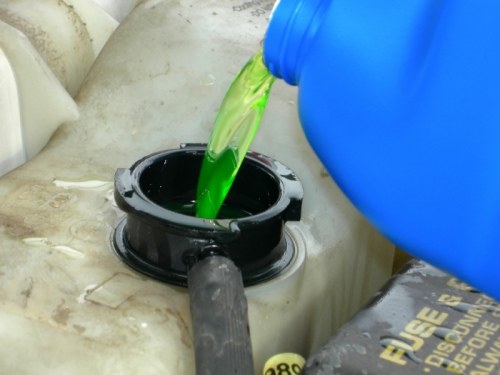 It is known that for efficient operation of the antifreeze effect of the so-called additive or additives. Usually it's the borates, silicates, phosphates are sometimes elements that are responsible for protection against electrolytic corrosion. By reducing the amount of these elements, resistance to corrosive processes during the working cycles of the engine is sharply reduced. Clear what to change antifreeze it is necessary before he will cease to perform its function. The question arises: how do you determine that the coolant is stopped "working", but still make it in time?

Manufacturers of antifreeze has developed a very effective and easy way to check the working condition of the fluid using the test strips and the special scale of quality. The driver enough to moisten the test strip with antifreeze and that certain way will change its color. You will then compare this color with the scale and thus determine, that whether the time of replacement of the liquid or it can be a time to ride the old antifreeze.

Manufacturers of coolants is recommended to change the antifreeze after the level of 45000 km. Some suggest that to guarantee the anti-corrosion effect, you need to change the coolant at least once per year regardless of the number of well-worn miles. New developments, presented by well-known manufacturers of antifreeze in the global automotive market, the promise of 100,000 km without replacing the fluid. However, it should be borne in mind that the consumption, effectiveness and duration of the antifreeze depends on the brand of machine and operating conditions of the vehicle.

Despite the current myth that pure antifreeze is much better, more effective and at the same time more economical than the mixture, manufacturers in their instructions quite clearly write, in fact need to use coolant. At an optimal concentration of the mixture should be equal, that is 50% water 50% antifreeze. Experts note that the increased proportion of antifreeze to 70% under certain conditions is acceptable, but pure antifreeze rather "ruin" the engine than it helps him.