The history of the discovery of the periodic table

The periodic table of chemical elements has become one of the most important events in the history of science and brought its Creator, Russian scientist Dmitry Mendeleev, the world. This extraordinary man managed to unite into a single concept all the chemical elements, but how he managed to open his famous table? 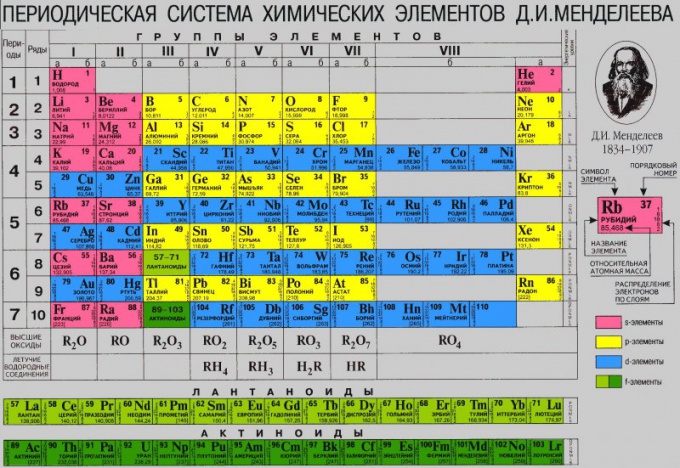 History of the periodic table

By the mid-19th century, scientists were able to access sixty-three chemical element, but to build them in a coherent logical chain does not work. The elements had to be placed in order of increasing atomic mass and divide by similarity of chemical properties in groups.

For the first time his theory similar to the theory of periodic future, proposed by the musician and the chemist John Alexander Newland – however, the scientific community ignored his achievement. Offer Nulend not taken seriously because of his search for harmony and connection between music and chemistry.

Dmitri Mendeleev first published his periodic table in 1869 in the journal of the Russian chemical society. Also, a scientist sent notice of his discovery to all the world's leading chemists, after which he was repeatedly improved and modified the table, until it became what it is know today. What discovery Dmitri Mendeleev was periodic, and non-monotonic change of chemical properties of elements with increasing atomic mass. The final unification of theory in the periodic law occurred in 1871.

The legend of Mendeleev

The most common legend is the opening of the table of Mendeleyev in a dream. The scientist himself has repeatedly ridiculed this myth, claiming that he invented the table for many years. According to another legend Dmitri Mendeleev invented vodka – it came after the defense scientists of the thesis "Reasoning about the connection of alcohol with water".

Mendeleev is still considered by many to be the discoverer of vodka, which he loved to do under the water-alcohol solution. The contemporaries of the scientist often laughed at the laboratory of Mendeleev, which he has equipped in the hollow of a giant oak.

Private jokes was rumored to be the passion of Dmitri Mendeleev by the weaving bags, which scientist did, living in Simferopol. In the future, he with his own hands was making containers of cardboard for the needs of the laboratory, for which he sarcastically called a master of suitcase cases.

Periodic table, except for the ordering of chemical elements in a single system, made it possible to predict the discovery of many new elements. However, at the same time, some of them scientists consider to be non-existent because they were incompatible with the concept of the periodic law. The most famous story at the time was the discovery of such new elements as koroni and ônebuliumö.
Is the advice useful?
Подписывайтесь на наш канал