Than rinse your mouth if swell (aching) gums

Gums can pripuhnut for different reasons: dental disease, lack of vitamins, hard toothbrush, plaque, damage the mucosa when used too hard or dry food - the reasons are many. But the question arising from this is always to rinse the mouth if the gums hurt, not to immediately run to the doctor. Because sometimes you can get rid of the problem yourself. 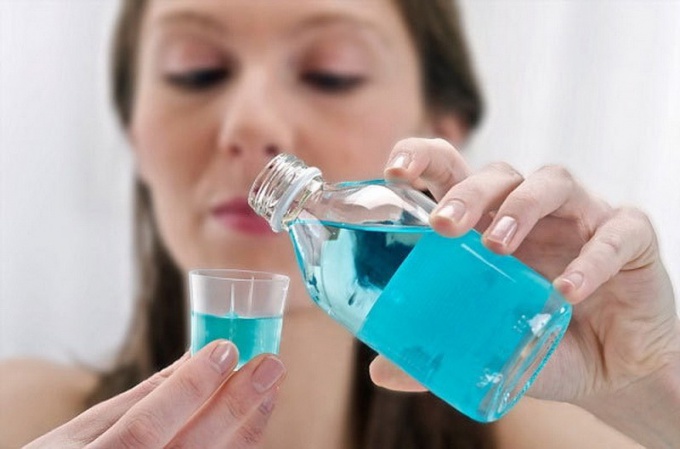 Buy in the drugstore one of the means: "Romazulan", "Chlorhexidine", "Miramistin", "Taste", "Malavit" or anyone else, who will advise the employee of the pharmacy after you report the problem. Modern medications are quite effective to relieve pain and soothe the swollen gums.

The use of drugs does not cancel and does not replace a trip to the dentist. It is quite possible that the problem is much more serious than you think, and no independent effort to anything good will not.

Triple decoction. For painful swollen gums effective decoction of sage, chamomile and oak bark. The sage and chamomile inherent anti-inflammatory properties, oak bark – astringent. To prepare the broth, combine all three components (better if they are in the dried powdered form), take 1 tbsp of this mixture and brew a Cup of boiling water. Put in a water bath for 15-20 minutes, allow to cool slightly, strain and rinse your mouth every half to two hours before full recovery of the gums. You can make a decoction of one component, but to achieve a more rapid positive effects, it is wiser to use all three, and then raised, tender gums will stop hurting and to re-inflame.

An infusion of cranberry leaves. Pour 1 tbsp of lingonberry leaves in the bucket, pour 250 ml of water, put on fire. Bring to a boil, reduce heat and simmer under the lid for half an hour. Remove bucket from heat, cover with a warm scarf and leave to infuse. After a couple hours remove, drain, bring the volume to 250 ml by adding boiled water and rinse the mouth every 2-3 hours.

In cowberry leaves contain benzoic acid, which has strong anti-inflammatory action. Thanks to her, swelling and soreness of the gums quickly.

Hydrogen peroxide. In ½ Cup of warm water add 20 drops of 3% hydrogen peroxide solution and use to rinse your gums after each meal. If you are afraid to use the peroxide or it was not your home medicine Cabinet, dissolve in a glass of warm water 0.5 tsp. of sea salt and baking soda and spend rinsing with the same frequency as in the case of peroxide. To get the maximum effect, add to the solution 1 drop of 5% tincture of iodine.

The propolis. Fairly common way to relieve swelling and soreness of the gums. As a solution for rinsing use 20% propolis tincture. Dissolve in half Cup warm water 0.5 tsp. of the tincture and rinse the mouth at intervals of half an hour.
Is the advice useful?
See also
Присоединяйтесь к нам
New advices