How long a basketball game

Basketball game is among the most popular in the world, but not everyone can say how long is a basketball game. Quarters, overtimes, breaks, timeouts, their duration often raises questions. 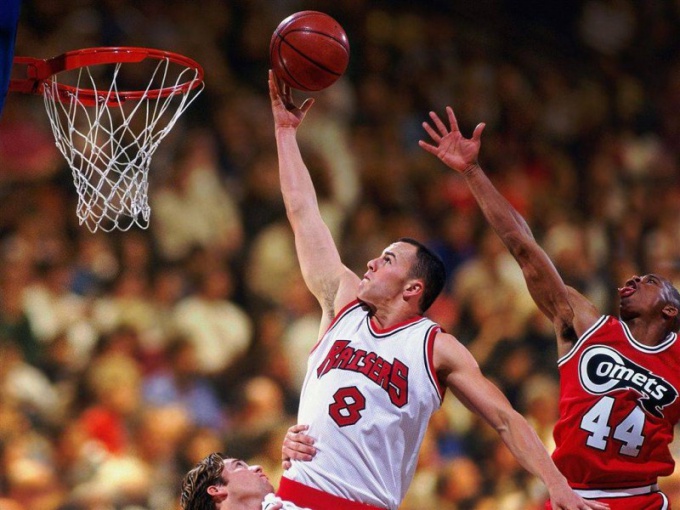 How do you think the time in basketball

Basketball is one of those sports which is counting clean time. Stopwatch referee running only when the ball is in play. If it leaves the field or have a pause of another nature, time of the match stops. It starts counting down again after putting the ball in play.

The game itself is divided into four equal quarters. They can last either 10 or 12 minutes. In this 12-minute segments currently practiced only in the National basketball Association (NBA), which exists in North America. In all other tournaments one quarter lasts 10 minutes.

The game begins controversial shot, which is played in the Central circle of the site. Between quarters are made breaks of 2 minutes each. The second and third quarters are separated by a large break of 15 minutes.

The victory in a basketball game wins the team with more points at the end of playing time (40 or 48 minutes, depending on the rules). If the score is tied, the overtime is played (additional 5 minutes). Teams play until then, until a winner is determined. A draw can not be, therefore, is as much overtime as you need (one, two, three, etc.).

All of these figures relate to the net time of the match. If we take the normal one, then a basketball game usually takes about 1-2 hours (with pauses in the game, with breaks, overtime).

Each team in a single attack is given 24 seconds in the NBA — 32). Time is counted from the moment of hitting the ball in the hands of the player, and it expires, the team must get rid of basketball "shell". Otherwise, the judge will interrupt the attack with the whistle and give the ball to the other team. As a rule, the possession ends with a throw on the opponent.

In addition, during the first 8 seconds of possession of the ball need to translate from own half to someone else. And when you throw or during the execution of a free throw, the ball must leave the hands of the player for 5 seconds. There is also a rule of 3 seconds: this time limit locate player under the opponent.

Record the duration of the game

In 2006, North America held the longest basketball game. Team Duke and North Carolina played more than 58 hours — from Saturday morning until Monday evening. The match was held with the purpose to set a record time, and the proceeds from ticket sales were sent to charities.
Is the advice useful?
See also
Подписывайтесь на наш канал