How high is a basketball Hoop

Basketball is a popular team games. It is played by millions of people around the world. The main task of players is to achieve a greater number of abandoned balls in the ring, which is mounted on the shield. 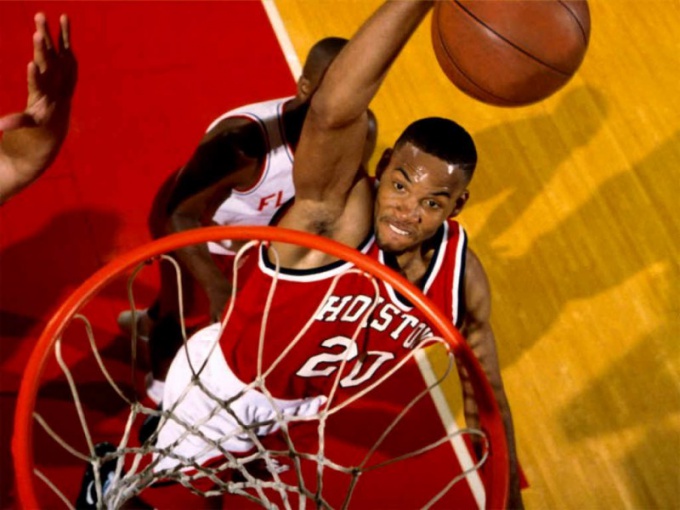 The history of the game

In 1891 a regular physical education teacher Desams Naismith came up with for students new game: he invited players to compete in accuracy throwing the ball, and to complicate the task and to interest young people, he put the basket of fruit to the balcony of the sports hall. Had to get there in the basket that hung directly over the heads of students.

In team competitions the balls in the basket threw not only the players but the fans that were on the balconies. In order to keep the ball flying into the basket of the enemy, not flying next goal, Diams Naismith put the basket shields.

The birthplace of basketball, Massachusetts, is known for its unstable weather. Coming up with the game, Naismith is focused on the weather; it was a dynamic competition that can be performed indoors.

Play so much to students that a year later became the center of attention at a sporting event. However, wicker fruit basket clearly could not cope with the onslaught of players and often treacherous collapsed after the next ball. Already in 1893, they were replaced by rings that are made of metal hoops with a large grid.

Features of the rings

For every gaming platform requires two rings (basket). They must be identical in size. Thickness of Hoop must not exceed two centimeters. The diameter of a basketball Hoop is suitable for it passes freely a rather large ball for a basketball game. Traditional basket diameter is 45 cm. In some cases, the allowable size increase to 45.7 inches, is the largest of the permissible diameters of the ring.

Basketball hoops have a grid, which is equipped with twelve loops in order that it can be securely. The design of the "ring-mesh" is fixed on the shield, which is located in distance of two meters from the front line in a rack. The first ring is welded to the stand, but in the heat of passion players often jump and even crash, pulled on the ring. Therefore the organizers have to resort to various methods of strengthening of the baskets on the shield, in order that they is not broken from the weight of the player.

Each ring is painted in bright red color to the athletes it easier to navigate while throwing the ball. The average ring can withstand loads up to 82 kilograms.

Basketball players are quite tall. This is not surprising, because the ring for basketball it is accepted to hang at the level of three meters, to get in the ring it is very difficult, with even medium growth. However, for students made stands that allow you to adjust the height of the ring. In addition, in special situations it is possible to use rings with shock absorbing features for a basketball game. This depends on the settings of the ball, because it can have different bounce, which is accounted for in the organization or that basketball game.
Is the advice useful?
See also
Присоединяйтесь к нам
New advices