Vladimir Vladimirovich Putin is the current President of the Russian Federation. However, it is not only a successful politician, but also a popular person, privacy is always a genuine interest. Many people want to know who, how and most importantly where lives the President of Russia. 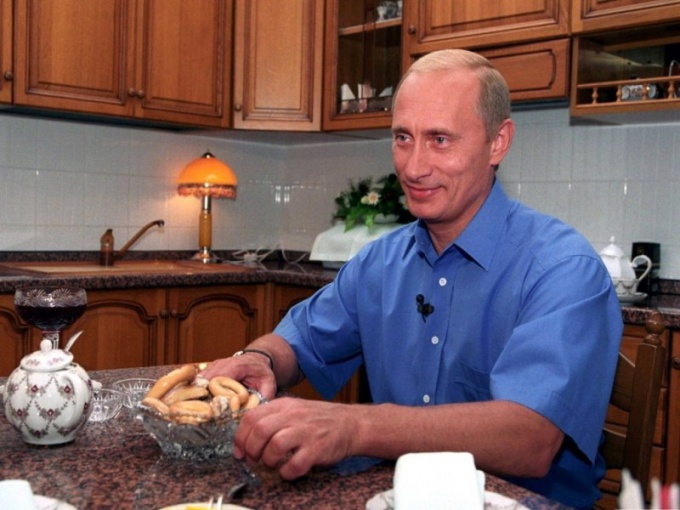 Life before moving to Moscow

Vladimir Putin for a long time lived and built a career in St. Petersburg. In the Northern capital he lived with his family in an ordinary apartment, which is on the second line of Vasilievsky island. Area of the apartment is 77 m2. The flat is still owned by the family of Putin, however, coming to St. Petersburg, the President stops in his residence. In 1996, Vladimir Vladimirovich and his family moved to Moscow as head of the family was appointed to the position of Deputy Manager of the President.

Meteoric career in the capital has led to the fact that soon Putin was appointed Prime Minister. After that, Vladimir Vladimirovich was given an apartment in the elite house on the street Academician zelinskogo at No. 6. Among neighbors, the Putin family was a large number of political figures of the time. The building has 90 apartments.

Still, this red brick house in a prestigious district of Moscow inhabited by officials and their families. It was there that lived for a long time and the Putin family. It is worth noting that this house is not simple. It is a secure location with several levels of protection. In addition, the house features bullet-proof glass. In Moscow, Mr Putin is still spelled out in this apartment, but it doesn't live there.

In 2000 Putin was elected President of the Russian Federation. In the same year he moved to the residence, which is located in Novo-Ogaryovo. These luxury apartments are located on Rublevo-Uspensky highway. By the way, this area is known for its traffic jams because every morning it's speeding presidential motorcade.

The residence of Novo-Ogaryovo is not only home to the President but also his workplace. Not infrequently he takes the dignitaries, and conducts various working meetings. For a comfortable stay and residence there are several buildings, including special building for the reception and house for their residence. In addition, the hotel has a gym, swimming pool, cinema room, private stables and even a chapel.

Of course, the greater the amount of time Vladimir Putin spends in Moscow, so residence in Novo-Ogaryovo considered to be his main home. However, in addition to this luxurious place, the incumbent President of the Russian Federation there are additional residences in different cities of Russia, where he stops during a visit in a particular region.
Is the advice useful?
Подписывайтесь на наш канал