Normal temperature for a nursing mother

The temperature increase during lactation – undesirable variation in the health of nursing mothers, whose appearance can be related to SARS, mastitis, lactostasis and other diseases. Independently to stabilize temperature is not necessary – the appointment of treatment it is better to trust the doctor. An experienced specialist will choose the drugs that will quickly improve the health of the mother and not harm the baby. 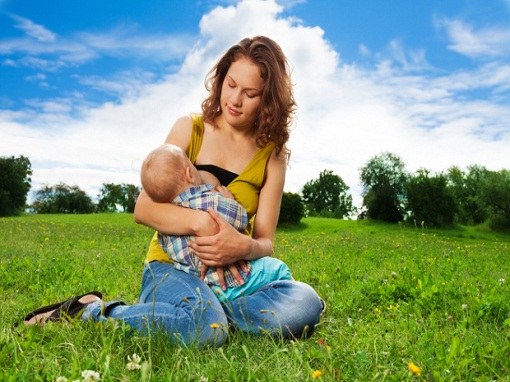 The reasons for the increase in body temperature in lactating mothers

During pregnancy and breastfeeding a baby woman should carefully monitor their health, since any deterioration of health that led to drug treatment, can have a negative impact on the health of the crumbs. The increase in body temperature during lactation may be due to several reasons, the most common of which is a seasonal viral infection to protect yourself from which is not always possible. In addition to this symptom, the nursing mother in this case, appear and other signs of disease – pain in the throat, cough, runny nose.

For a more accurate measurement of temperature a thermometer should be kept in the elbow bend. The fact that lactation is a degree under the arm can be much higher.

The increase in temperature in the mother during lactation may be associated with the development of the lactose, that is milk stagnation in the Breasts. First, the woman feels discomfort in the chest, and only after that she had fever. The reasons for this deviation are:
- hyperlattice;
injuries;
- by displacement of the breast;
- incorrect diet.

The risk of stagnation of milk is that it can cause lactation mastitis, treatment which in severe cases requires surgical intervention.

Can I breast feed at a temperature of?

The question will not hurt if breastfeeding the baby when the temperature increases lactation, concern to every mother. To worry about they should not, because doctors say that breastfeeding can and should continue. And they motivate this approach by getting into the child's body the antibodies contained in breast milk. Thus, the protective power of the child increase.

If you stop to feed your baby breast, the chances of catching a cold or getting the flu from his mother he will increase significantly. However, if the culprit of the increase in temperature turned out to be lactose or provoked them mastitis, breast-feeding should continue and intensify. Sucking milk baby releases the breast from stagnation.

How to safely bring down the temperature in the mother during the breastfeeding period?

If the mercury does not exceed 38оС, to fight the temperature should not be – the body needs to handle himself.

Plenty of warm drinks as a means of lowering the temperature can be consumed only in the absence of lactose. If the child has no allergies to the tea add lemon and honey.

But if the thermometer "rolls over", without drugs is not enough. Safe drugs for breastfeeding mothers is considered "Nurofen" or "Ibuprofen" and "Paracetamol". Quickly reduce the temperature of the help and rectal suppositories, the composition of which is based on paracetamol and ibuprofen.

To appease the heat will help cool compresses applied to the forehead. Allowed wiping of the body with a weak solution of vinegar. Use vodka or alcohol for this purpose is not recommended because alcohol is able to penetrate through the skin into the body and cause toxicity.
Is the advice useful?
See also
Присоединяйтесь к нам
New advices