Arthritis is the inflammation of the joints accompanied by pain, swelling and stiffness. Symptoms can range from mild pain in the legs to severe deformities of the joints. This is a common cause of disability. Arthritis cannot be cured completely, but can greatly control pain and dysfunction using a comprehensive approach including diet, special exercises, acupuncture and drug therapy. Modern medicines can significantly slow the progression of joint damage. 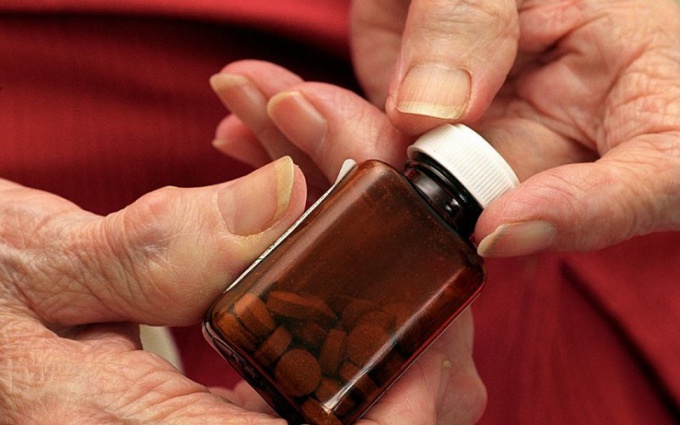 Related articles:
The choice of drug depends on the severity of illness, presence of other comorbidities, risk of adverse effects and the need for other medications. Treatment of arthritis depends on the successful actions of a doctor, and also, to a large extent, from the patient. Regular medication, timely feedback to the doctor, strict adherence to guidelines can largely improve the patient's quality of life.

Analgesics relieve pain but not inflammation, in contrast to nonsteroidal anti-inflammatory drugs (NSAIDs). They are most often prescribed for the treatment of osteoarthritis and some other painful but non-inflammatory forms of arthritis. Such medications can include acetaminophen, aspirin, codeine, or a combination thereof. With proper use of these drugs side effects are rare. In any case, do not exceed the recommended by doctors dose and use the drug for long periods of time without consulting a doctor.

NSAIDs are used to relieve inflammation and swelling, reduce pain and joint stiffness. This is the biggest and widely used for the treatment of arthritis group of drugs, a class of non-steroidal assets include more than 40 drug names. They effectively relieve the symptoms of arthritis, but can not slow the process of joint destruction.

NSAIDs block the release of prostaglandins and hormone-like substances that cause inflammation and pain. If therapy with nonsteroidal anti-inflammatory drugs are effective, within weeks, patients feel an increase in joint mobility and decreased pain. The most popular NSAIDs is "Ketorolac" ("caution"), "Diclofenac ("Voltaren", "Ortofen", "Naklofen"), "Indomethacin", "Analgin", "Piroxicam", "Naproxen", "Ibuprofen" and "Meloxicam".

Side effects of these drugs is expressed in erosive-ulcerative lesions of the stomach and inhibition of the formation of platelets. In addition to lesions of the gastrointestinal tract, it is also nephrotoxic, hepatotoxic, ototoxic, and other side effects. To improve the portability of the reducing action on the gastrointestinal tract, we recommend combining reception asteroidov with gastroprotection, dose reduction, use of enteric-soluble forms, the transition to intramuscular, intraperitoneal or local introduction.

This means that improve the structure of cartilage. They contribute to the strengthening of cartilage and this slows the progression of osteoarthritis. Chondroprotectors are taken long courses of at least 3 months. You need to treat 2 times a year.

Vitamins and minerals in diseases of the joints