The first signs of first menstruation in adolescent girls

The first menstruation in girls is called the "menarche". It happens on average at age 10 to 14 years, but can go beyond this rule. Sometimes the first month come suddenly, without warning, sometimes accompanied by unusual sensations. But in any case, the menarche is preceded by both internal and external changes in the body of the girl. 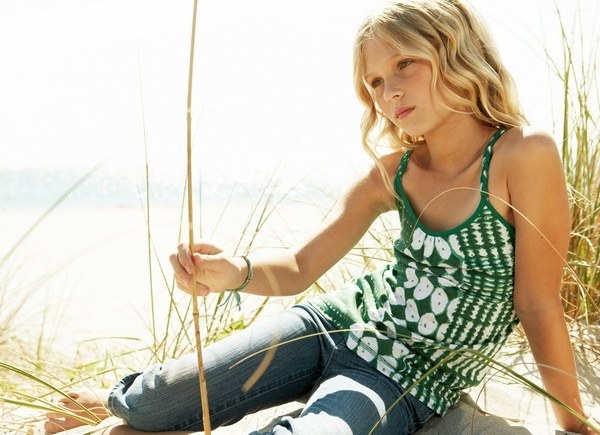 On average, most adolescent girls first period starts 12 to 14 years, but these periods can vary greatly depending on the individual characteristics of the organism, environmental conditions, genetic predisposition, health status and other factors. Even the food and climate affect the time of appearance of the first menstruation. If menarche occurred between 10 and 17 years, it is considered the norm.

By the time the first menses have appeared other signs of puberty: accelerated the growth of the body, the figure became more rounded, there was hair on the pubis, the outer and inner sex organs increased, Breasts are getting bigger and nipples darker. After all these changes, menstruation occurs, but it still does not mean the end of puberty: the loop should be a figure to take final shape, and the body terminate the period of endocrine maturation.

First period is often not plentiful, have a special smell, since in this period are actively working vaginal cancer. Microflora of the genital organs varies, so it is very important to follow the rules of intimate hygiene. Menstruation can be accompanied by headaches or pain in the abdomen, weakness, nausea, dizziness.

If a girl will watch your condition and attentive to the changes in his body, the first month will not be a shock, as there are many symptoms which can determine their approach. For two years, a year or a few months before menarche in girls, appear characteristic vaginal discharge – leucorrhoea, which initially have a liquid consistency and stand out in a small amount. For three or four months they become more abundant and thicker: on this basis it is possible to determine the approximate time of the onset of the first menstruation. If whites have a distinct pungent odor and color and are accompanied by itching, you should visit your gynecologist.

Some girls a few months before menarche, pain in the abdomen, they can be weak or quite strong. Often they are accompanied by other symptoms of premenstrual symptoms: headache, fluctuations in mood, aggression, tearfulness. But PMS often does not begin for a few days, a few weeks or months before the first menstruation, although at different girls in time may be different.