What is Kombucha and what is it useful

Japanese mushroom, Kombucha, Japanese sponge, tea jellyfish, fungus Fung — a different names for the same group of organisms, by which it is possible to obtain a slightly fizzy drink with a pleasant sweet-sour taste. Infusion Kombucha contains many biologically active substances, which makes it a healthy drink. 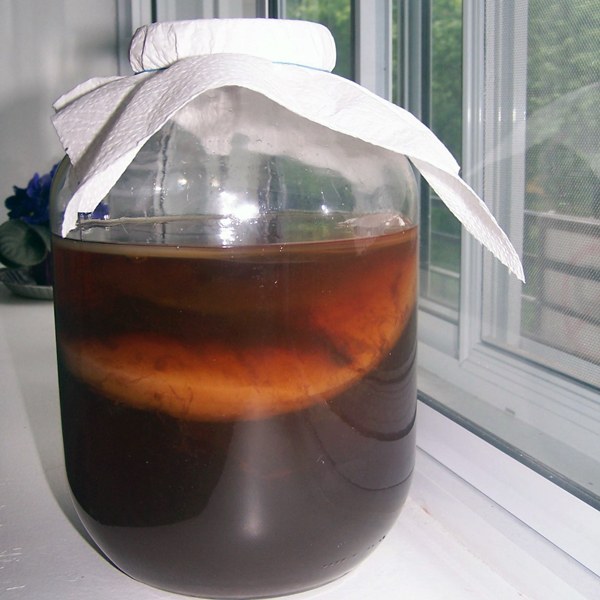 Related articles:
Kombucha is a symbiosis of acetic acid bacteria and yeast fungi that form thick layered film that floats on the surface of the liquid nutrient medium. The official name of the Japanese mushroom "medusomyces". Its appearance is reminiscent of Medusa: upper Kombucha smooth, dense and slippery, and the bottom is hung with numerous strands. During fermentation yeast converts sugar into alcohol and carbonic acid, and the bacteria, in turn, oxidize the alcohol to acetic acid. Infusion Kombucha is usually called tea kvass.

Home to tea jellyfish is China. Kombucha for the first time mentioned in written sources in about 250 BC. According to these sources, the fungus was obtained by chance: he appeared on the surface someone forgotten of sweet tea. The Chinese tried the drink and appreciated its pleasant and refreshing taste. Further were seen the beneficial properties of Kombucha thanks to what it has been called the elixir of health and longevity.

In Europe and Russia mushroom Fang was only in the 20th century. Healing properties medusomyces interested scientists and conducted relevant research. As a result, official science has confirmed the benefits of Kombucha.

The nutrients contained in the infusion Kombucha

Part of the tea brew and includes a variety of organic acids: acetic, oxalic, lactic, malic and citric. They maintain the acid-alkaline balance in the human body and improve the digestive process. In addition, the infusion of fungus contains gluconic acid that stimulates metabolism and increases muscle performance. Rich tea brew and vitamins, including vitamin B5, vitamin C, vitamin e, and enzymes, tannin and caffeine. Alcohol in the finished beverage contains a bit — about as much as in regular yogurt.

The healing properties of tea kvass

The use of infusion Kombucha to normalize the microflora of the stomach, improves the condition of the nervous system, reduces cholesterol, strengthens immunity, relieves hangover symptoms and causes a rush of vitality. Externally the tea brew is used for gargle in sore throat and tonsillitis, for the treatment of burns, seborrhea and pustular lesions on the skin.

Preparation of the infusion of Japanese mushroom

Tea brew is prepared in a large glass container. Most commonly used conventional three-liter jars. To obtain 2.5 liters of a mushroom tincture, you will need 2 liters of boiled water, 2-3 teaspoons black or green tea and 4-6 tablespoons of sugar. First you need to prepare tea leaves, this dry tea is filled with 250-300 ml of boiling water. Then boiled in hot water dissolves sugar. After welding, will insist it is you need to drain and add to sugar water. When nutrient solution has cooled to room temperature, it is possible to omit Kombucha.

Jar of mushroom it is best to put in partial shade, as direct sunlight is dangerous for him. In summer, tea kvass will be ready in 3-4 days, in winter time — in 5-6 days. Merged the infusion can be stored in the refrigerator for 3-4 months.
Is the advice useful?
See also
Подписывайтесь на наш канал