The daily requirement of the adult healthy person in silicon is 20-50 mg, and with food in the ordinary diet in the body receives 3-5 mg. is Excreted from the organism 9 mg. to Compensate for the difference can be the introduction in the diet of foods rich in silicon, decoctions of herbs with its contents and water with acids and silicon compounds. The main source of silica is whole grains. 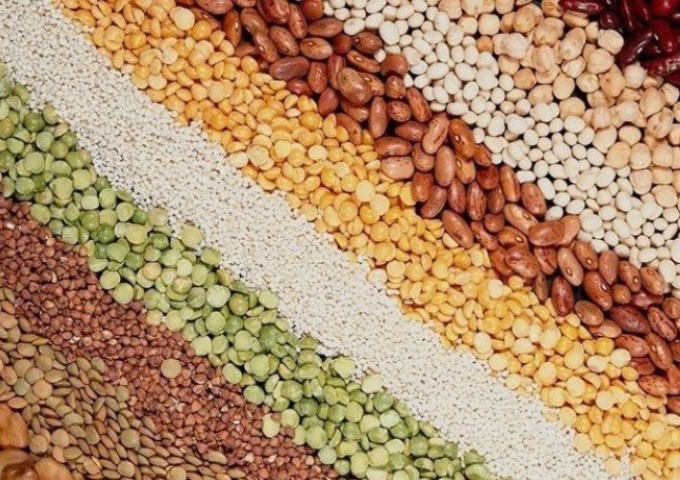 Cereal is the main source of silicon

The highest content of this trace element were recorded in cereals. This primarily oats, millet, rice. Then there are buckwheat, corn, rye, and barley. Unusually rich in silicon, all bran cereal: rice, oat, millet, wheat. The latter is the most poor of these the content of microelement. Fortunately, now in supermarkets you can easily buy bran. It remains only to introduce this product in the daily menu. A good source of silicon can be sprouted grains of wheat, oats, rice. But semolina silicon have not.

Another product, through which you can partially solve the problem of shortage of silicon in the body is beans. Peas, chickpeas, beans, lentils, mung beans (mung beans), if you are fond of Oriental cuisine. Legumes in silicon is relatively little, but they contain a number of other useful minerals and vitamins, without which the silicon will not be processed. It is a calcium, potassium, manganese and magnesium.

The list begins with the classic potatoes "in uniform". Then follows a list of vegetables daily the menu: beet, carrot, onion, bell pepper, tomatoes, cucumbers. All kinds of cabbage, including cauliflower, kohlrabi, cabbage, Brussels sprouts. Herbs and vegetables: parsley, dill, horseradish, parsnip, celery. Further, turnip, radish, radish, Jerusalem artichoke, rhubarb, spinach, sorrel, mustard leaves. Especially pay attention to the tops of beets and turnips. They are very useful, rich in various trace elements, including silicon, which might contain not a single vitamin. Of them well to prepare salads, add to vegetable stew.

Rich in silicon seaweed. Other seafood contain silicon in large quantities, but are not a good source for humans. The reason is the presence of animal fats, which hinder the absorption of this trace element.

Meat and fish of any origin do not prevent the body to replenish silicon. This happens due to the presence of animal protein, preventing its absorption. You should think about the idea of separation of power.

In spring and summer walk in the woods or on meadows will allow you to replenish silicon leaves of dandelion, nettle, mother and stepmother, field horsetail. In the spring these herbs can be added to salads, later to dry and prepare the infusions. Useful extracts of mother-and-stepmother, lungwort, wheat grass, alfalfa, knotweed. For example, the infusion of horsetail helps to fill the daily rate of silicon by 40-45%.

Herbal extracts of nettles, horsetail, lungwort, couch-grass, or their mixture, wipe the entire body and face. This simple procedure cleans and rejuvenates the skin. You can prepare the ice for infusions.

For replenishment of silicon in the body use this kind of tasty things, like apples and cherries, strawberry and collected in the forest, plums, apricots, bananas, raisins, figs, dates. Folk treat – sunflower seeds. Just talking about raisins, it is fair to say that silicon is contained in the grape wine and Apple cider. And in beer.

How to get water with silicon

At home you can prepare water that delivers our body to 60 % of the daily requirement of the trace mineral silicon. It's enough to find a small mineral opal – chalcedony type. Clean mineral is placed in water, boiled, purified or spring. Infused water in a cool dark place for a few days. Further, it is enough just to drink plain water. One stone is enough to replenish the water in silicon for several years.
Is the advice useful?
See also
Подписывайтесь на наш канал