To the sulfur-containing amino acids include taurine, cystine and methionine. They have a great impact on the health of the body and the normal functioning of organs and systems. To maintain the optimum level of these amino acids should be included in the diet of certain foods. 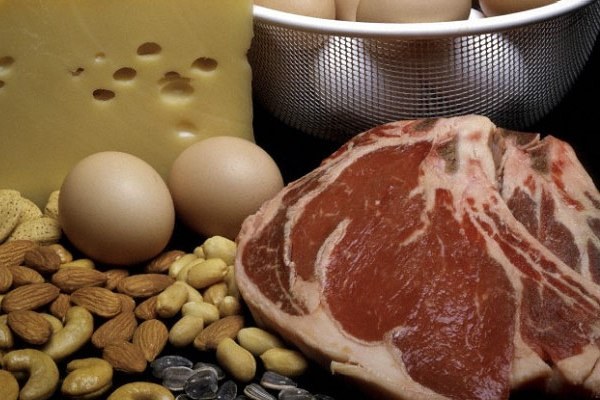 Taurine and its role in the human body

The amino acids containing sulfur, is taurine. In the body it is present in the Central nervous system and, in particular, in the brain. The average content of taurine in the body is 1 g per kilogram of body weight. The main sources of this amino acid are any fish and seafood (e.g., clams, crabs). In its natural form it is found in breast milk and some types of meat.

At low levels of taurine in the body may develop diseases of the heart muscle, disorders of the retina, can slow down the growth of the skeleton.

Taurine participates in processes of energy transfer, promotes the excretion of toxins from the body. It regulates the concentration of calcium and stabilizes the cell membrane. Taurine participates in the formation and the maintenance of good health, for example, plays a role in normalizing the level of liquid in muscle cells, has an impact on the level of adrenaline and insulin on digestion fat products, on metabolism, cholesterol, immune system, production of bile, of semen. Taurine is necessary for optimal development and functioning of the Central nervous system, it exerts a beneficial effect on stress, mental activity, in the development of extreme energy.

What products contain cystine and methionine

Cystine is a nonessential sulfur-containing amino acid. It helps digestion, and can neutralize some toxic substances and protects the body from radiation. Cystine is one of the most powerful antioxidants, its effect is enhanced by simultaneous intake of selenium and vitamin C. This amino acid contains food with a high level of protein: meat, chicken, fish, dairy products, seeds, nuts, legumes, oats. A certain amount of cystine present in broccoli, Brussels sprouts, onion, garlic, red pepper.

The deficiency of methionine can lead to atherosclerosis.

Methionine belongs to the essential sulfur-containing amino acids. It is required for the biosynthesis of biologically important compounds in the body. This substance promotes the normalization of fat metabolism, has a mild antidepressant effect, is involved in the development of immune cells, plays an important role for the normal functioning of the nervous system. Methionine has a stimulating effect on cholesterol metabolism, restores cells of the kidneys and liver to remove toxins from the body, increases the overall tone, prevents the excessive deposition of fat.