How to extend a collective agreement

The collective agreement applies to internal regulations, which are regulated by the labour and social relations. The document is consistent for a period of one to three years (article 41 of the labour code). Through this period of his extension possible, but all items are subject to review and approval. 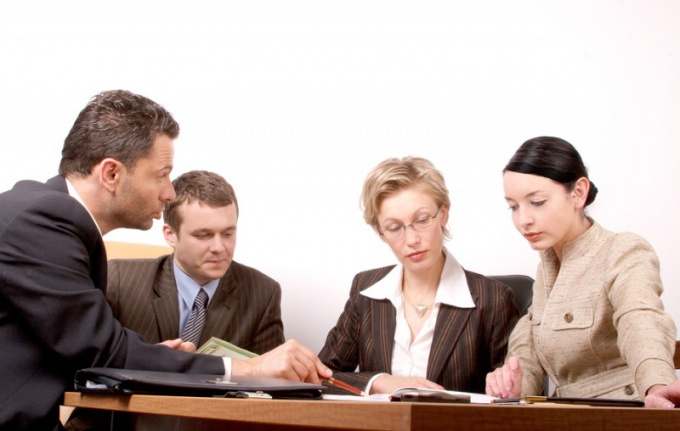 Related articles:
You will need
Instruction
1
To extend a collective agreement, collect the General meeting of the company's administration and members of trade Union organizations. If you have no Union, invite to the meeting representatives of a management of structural divisions and selected a Committee from among the staff.
2
The whole meeting made to the Protocol. All aspects of the contract review of order and conduct the overall vote. If the majority approved of the paragraph in question, it will be entering into a new collective agreement. The extension of the old agreement is possible only if all the points made are still valid and affirmative vote of a majority of the members of the General Assembly. If even one of the points is changed, the document must be reissued.
3
If during the meeting someone from the Union members, leadership, representatives of the workers or the heads of departments to the new proposals, they are subject to review, vote and with the General approval of the inclusion in the collective agreement.
4
No contract clause should not contradict the labour and civil legislation, to infringe on the rights of team members under the Labour or Civil code and do not contradict other legislation applicable in the Russian Federation. All items are contrary to law are void and their implementation is optional.
5
Under the collective agreement will receive the signatures of all persons who attested the document and voted for the adoption of an item.
6
A collective agreement shall be registered in the journal of legal acts of the enterprise under the next sequence number with the introduction date of adoption or amendment of the document.
7
All staff should be familiar with verbally accepted, approved or modified document.
Is the advice useful?
See also
Присоединяйтесь к нам
New advices