"Citramon" is a combined drug, which belongs to the group of nonsteroidal anti-inflammatory drugs. It is composed of acetylsalicylic acid, caffeine, paracetamol. 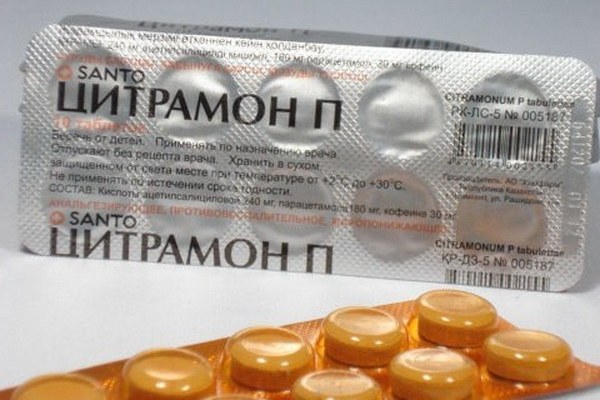 "Citramon" relieves pain syndromes of moderate severity. It helps with headache, toothache, pain in muscles, joints, and neuralgia, with fevers and painful menstruation. The drug need to drink one tablet three times a day.

In some cases, eliminate the pain enough to drink one tablet of the drug.

"Citramon" contraindicated with increased individual sensitivity, hemophilia, constant high pressure, erosive gastritis and peptic ulcer disease, hemorrhagic diathesis, liver or kidney failure, severe atherosclerosis of cerebral vessels and coronary heart disease. It is impossible to give the drug to children under the age of 15. The drug is contraindicated in preparation for surgery because it increases bleeding.

When co-administered with the drug "Methotrexate" and other non-steroidal anti-inflammatory drugs the risk of side effects increases dramatically.

Do not drink "Citramon" in the first and third trimester of pregnancy, since acetylsalicylic acid can lead to congenital anomalies of the fetus. In the second trimester the drug is taken only as directed by your doctor. For headache, you should measure your blood pressure if it is elevated, "Citramon" accept contraindicated, as it promotes an even greater increase. The lower the pressure you need with the help of other drugs.

According to reviews, "Citramon" may cause the following side effects: nausea, vomiting, abdominal pain, visual disturbances, noise in the ears. With prolonged use of the drug may cause erosive gastritis, the development of disorders of the liver, bleeding disorders, increased headache, the appearance of dizziness, impairment of renal function. "Citramon" can also cause a variety of allergic reactions: skin rash, itching, hives, anaphylactic shock, toxic epidermal necrolysis (severe and acute disease affecting the skin and mucous membranes).
Is the advice useful?
See also
Присоединяйтесь к нам
New advices