Who was the first President of Russia

In March 1991, the Russian Federation, then part of the USSR, was held a referendum in which the Republic has the institution of the presidency. The institution of the presidency was caused by the peculiarities of the economic and political situation, which demanded a strengthening of the Executive power. In June 1991, the Republic has received the first President, who became the bn. Yeltsin. 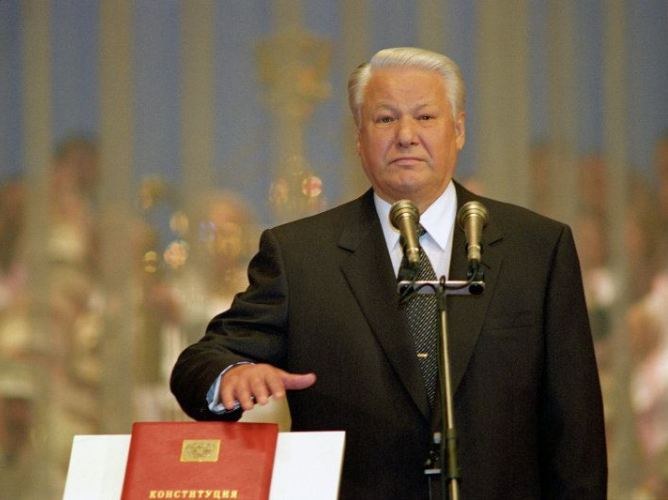 The popularity of Boris Yeltsin among the broad masses of the population began to increase from 1987, when he, as first Secretary of the Moscow city party Committee, went into open conflict with the Central leadership of the Communist party. The main criticism of Yeltsin was sent to the address of M. S. Gorbachev, General Secretary of the Central Committee.

In 1990 Boris Yeltsin became the people's Deputy of RSFSR, and in late may of the same year he was elected Chairman of the Supreme Council of the Republic. Few days later adopted the Declaration of sovereignty of Russia. It provided that the Russian law has priority over the legislative acts of the USSR. In started to collapse, the country began the so-called "parade of sovereignties".

The last in the history of the CPSU XXVIII Congress Boris Yeltsin demonstratively came from the ranks of the Communist party.

In February 1991, Boris Yeltsin, in a televised speech, sharply criticized the policy of the top leadership of the Soviet Union. He demanded that Gorbachev resign and transfer all power to the Federation Council. A month later, the Soviet Union held a referendum, the results of which were mixed. The vast majority of the population favoured the preservation of the Soviet Union with the introduction of presidential rule in Russia. It actually means that the country comes a dual power.

The first President of the Republic

June 12, 1991 were the first in Russia's history the elections of the President of the Russian Federation. Victory in the first round was won by Boris Yeltsin, who went to the polls in tandem with Alexander Rutskoi, who eventually became the Vice President. Two months later, the country launched the events that led to the collapse of the Soviet Union.

August 19, 1991, several politicians from the nearest environment of Mikhail Gorbachev announced that the country has created the State emergency Committee. Yeltsin immediately appealed to the Russian people, calling it a coup attempt. A few days of political confrontation, Yeltsin issued several decrees that greatly expanded his presidential powers.

In the end, the first Russian President won an impressive victory, which was followed by the collapse of the Soviet Union.

In the next years in Russia there have been many important political events, in which the first President of the Republic was directly involved. In 1996, Yeltsin was again elected to the highest office in Russia. At the end of 1999, Boris Yeltsin formally and voluntarily resigned from the powers of the presidency, handing over power before the end of the term of presidency to his successor, who became Vladimir Putin.
Is the advice useful?
Присоединяйтесь к нам
New advices