How to read the gestures of a man in love

Loving people look different than disinterested. Differ their facial expressions and gestures, behavior and voice. Knowing some signs, the part can determine that a person is in love. 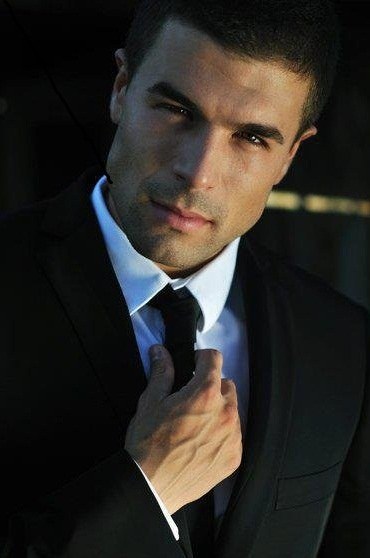 Related articles:
To hide your feelings from people in love, with all diligence does not always work. They give both verbal and non-verbal signals. And for men and women have different ways of expressions. But still some similar traits bring together lovers of both sexes.

Common symptoms of love, is typical for men and women

First and foremost, is dilated pupils. Occurs under the action of adrenaline in the blood, which is not surprising when strong emotions. If the pupils of a person who looks at you, expanded, it clearly shows his affections for you.

It is worth mentioning that the dilation of the pupils, in addition to the sympathy to another person, it may be caused by special drugs, e.g., atropine. They are buried in the eye examination the ophthalmologist.

The second feature, which unites the strong and the weaker sex in terms of love – it's a long gaze, long-term monitoring of the object of passion.

Third, caring person wants to be closer to someone who is sympathetic to him. To touch him, to enter the intimate zone. To see how it treats you man enough to try to disrupt the social distance that is not less than 1 meter 25 cm Approximation at a shorter distance violates personal space. How people react to such an invasion, you can judge his attitude towards the "criminal".

There is a group of gestures, which can be called "samtsova". They shout: "Look at me, pay attention!". The thumbs are laid on the belt, the emphasis is on the area of the genitals. When a women a man may straighten his tie, smooth or mess hair, tidy clothes, shaking her non-existent speck of dust.

In addition to gestures, a man in love is distinguished by changes in behavior. He pays far more attention to personal hygiene, shave much more often than usual, starts to go to the gym or other ways to keep fit. In addition to behavior, and changing the voice. It becomes more soft and velvety.

If a man decides to act in the course are more active methods. He invites a woman on a date, giving flowers, care. When a strong emotion and lack of practical skills grooming can prevent various errors, getting into funny situations.

As for women, their body language is intended to seduce a man. Practiced demonstration of the places that are usually closed clothing and attractive to men. Such gestures include drawing attention to the delicate skin area of the wrists. Stroking objects of cylindrical shape, for example, the stem of his glass could drive a man crazy.

Interested woman sitting in front of a man that she likes, maybe flexing the slipper on the foot, putting on and taking off her. It is an imitation of intercourse that triggers subconscious arousal of men. Her legs are much further from one another than usual.

The woman changes and gait. Her hips sway when walking much more than usual. This creates the illusion of wide hips, even if by nature or as a result of the diets they are quite narrow.

Clothing is more sexy and open. The hair and decorations are given much more attention than before. Lipstick is brighter, maybe a lick of the lips. Red and moist lips beckon man, as cause the Association with female sex organs.

Women can use "men's" gesture of laying fingers on the belt. But for the belt, in a pocket or a handbag gets only one finger.

For seducing women can go and vote. They consciously lower it, making it more pleasant to the male ear.
Is the advice useful?
Подписывайтесь на наш канал