How to choose an antihistamine

The right choice of antihistamines helps to get rid of unpleasant symptoms of allergies to prevent allergic reactions and deal with a lot of associated with the occurrence of allergic diseases. Despite the huge variety of this type of drugs on the shelves of pharmacies, to choose the most suitable and really good but not so difficult. 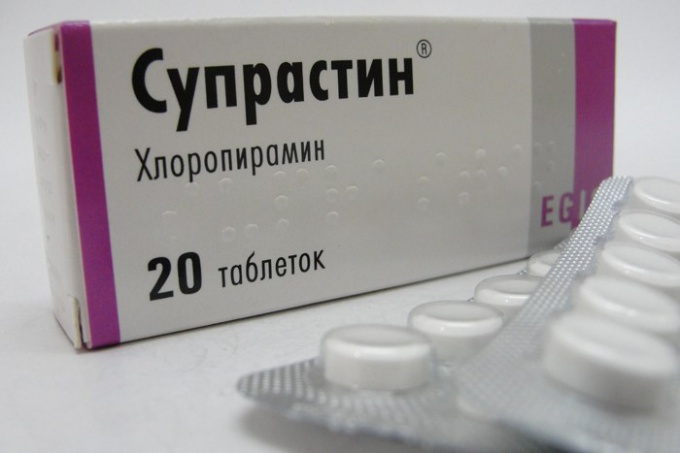 The effectiveness of antihistamines first-generation in the presence of already developed pronounced symptoms of allergies low. However even this circumstance did not affect the popularity of their use. Antihistamines of the first generation are required components of many complex preparations aimed at treating colds and strengthening the effectiveness of local anesthetic drugs.

A significant drawback of antihistamines first-generation is that they have such side effects as drowsiness.

As an independent drug they used most often to eliminate discomfort and pain from burns, insect bites, minor injuries and cuts. They are frequently used to help people affected by motion sickness in the transport and seasickness. The use of antihistamines first-generation allows to prevent the occurrence of episodic, seasonal allergic reactions, to exclude the development of food and drug allergies, and to eliminate the symptoms of urticaria, angioedema and anaphylactic shock.

The most popular and effective antihistamines first-generation is defined as: "Suprastin", "Tavegil", "Help", "Core" and "Diphenhydramine".

Antihistamines second generation, such as "Ketotifen" and its analogues are prescribed by the doctors extremely rare and is most often used to treat such diseases as bronchial asthma and atopic dermatitis. Most doctors are trying to replace this group of drugs antihistamines third-generation.

According to experts and responses of patients, antihistamines third-generation lack many of the shortcomings of the available drugs first and second generation, therefore you can use them for the prevention of allergic reactions, and long-term treatment of allergies.

The main advantage of antihistamines third-generation is the lack of side effects from the nervous system.

The most popular antihistamines in this group are: "claritin", "Castin", "Zyrtec", "Allergodil", "Telfast" and "Liebsten".
Is the advice useful?
See also
Подписывайтесь на наш канал