Is there life after death

What happens to a person after his death? Does life stop? Or the subtle immaterial substance called the soul continues to exist? These issues concern the people for many millennia. Modern science gives a definite negative response to the question about post-mortem existence, though there are other opinions. 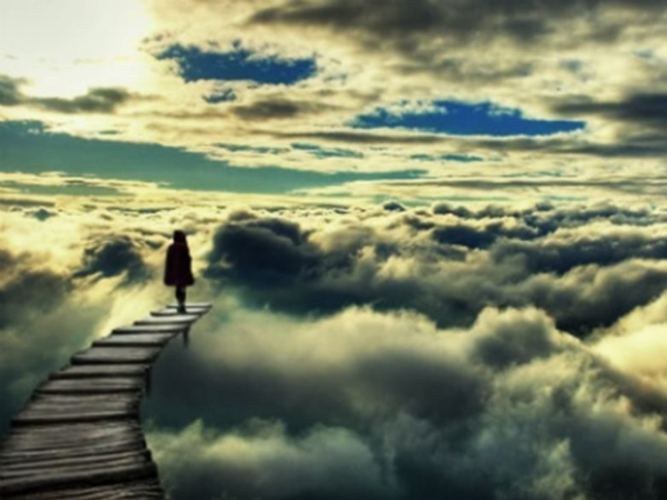 What lies behind the last line

Modern studies are reduced to ascertaining of the fact that unequivocal evidence of the absence or presence of post-mortem existence are not available. Fundamental science, in principle, not engaged in researches in this area, because the question of the existence of an immortal soul is beyond the scope of scientific knowledge, being the area of theological beliefs.

And yet there are experts who meticulously study the eyewitness accounts, which can be attributed to the experience of transcendental experience and stay in the spiritual world. Typically, these conditions occur during clinical death. At this point a man's life literally hangs in the balance.

It is believed that in a state of clinical death the soul leaves the body and comes in contact with otherworldly entities, and after this spiritual contact is returned.

Serious scientists explain this personal experience quite reasonable causes: disturbance of blood supply and malfunction of the vestibular apparatus, which leads to the inevitable hallucinations, deception of perception, and a General disorder of consciousness. The scientists who is skeptical at least, made a certain list of experiences accompanying clinical death.

Those who at one time had experienced a return to life, usually difficult to describe their condition. But almost all of them believe that visited the other world, to describe which words is almost impossible, based on earthly experience and familiar terms. Usually dying clearly heard everything that was happening around them and even saw his body.

Vision is often accompanied by beautiful music. Most frequently in descriptions were way tunnel at the end of which was visible in very bright light, causing a sense of peace and tranquility.

Life after death: a point to put early

Scientists always strive to operate with facts and objective evidence, involving the ability to test in the experiment. The spiritual dimension, in which supposedly there is an immortal soul, is not the object of the material world, it is devoid of physical characteristics. So no the sensor is not able to determine what you're dealing with someone who's going through a transcendent experience.

In summary, it can be summarized that in the near future in the question of the existence of life after death is unlikely to stop. Materialistic scientists deny the possibility of posthumous existence, and do not recognize the concept of "soul". Those who believe in the existence of other dimensions of reality, will never be satisfied with even the strictest, slim and convincing calculations of scientists.
Is the advice useful?
See also
Подписывайтесь на наш канал